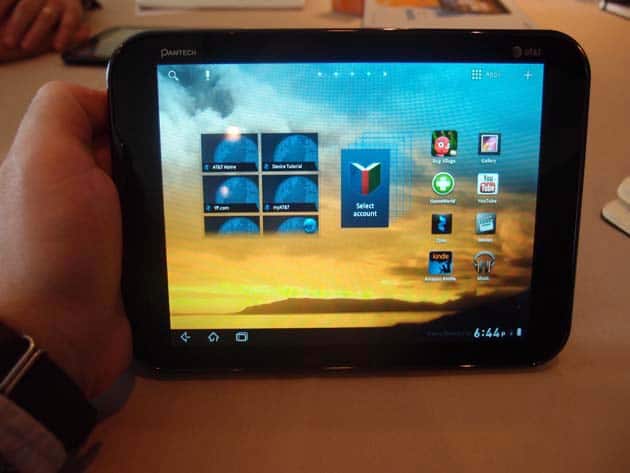 The Pantech Element can now be yours for $300. The price is inclusive of a 2 year contract, though if you hate being tied down for that long, the waterproof tablet can be availed of for $449.99 with no binding contract. AT&T is the carrier partner for the 8 inch tablet device.

However, in spite of the Pantech Element tablet’s claim to fame of it being able to withstand water, it does not mean one can dip the tablet underwater and expect it to survive the drill. Rather, it is against accidental or short time exposure to water that the tablet has been designed. Also, one has to make sure the ports are all closed with the provided caps which make the device water tight.

This apart, the Pantech Element does not break any new ground with the rest of the specs. It’s powered by a 1.5 GHz Qualcomm Snapdragon dual core processor that works in conjunction with a 1 GB RAM. The tablet comes with 16 GB of storage, while on the front lies a 1024 X 768 pixel multi-touch enabled touch panel based on capacitive technology. The tablet can connect to AT&T’s 4G LTE as well as HSPA+ networks, while also being Wi-Fi, 3G, and Bluetooth ready.

Overall dimension of the tablet is 8.4 x 6.1 x 0.4 inches while weighing just a shade over one pound. It comes with two cameras, the rear camera being a 5 megapixel while on the front lies a 2 megapixel unit. However, the OS of the tablet is Android 3.2 Honeycomb.

It’s not known what apps the Pantech Element will come pre-loaded with, though you can always visit the Good e-Reader App Store for all your app needs.