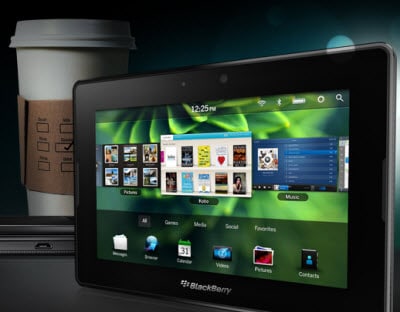 RIM finally got to see the kind of success that it had always expected out of the PlayBook device. What’s even more impressive is that the humble PlayBook, that has often been the butt of many a tablet joke, has also managed to out sell the iPad 2 during the last week. Both Best Buy and Future Shop reported having sold more PlayBooks than any other tablet device, including the iPad 2, though exact figures haven’t been made available as yet.

Sales of the PlayBook have been languishing until recently, following RIM’s massive price cuts that saw the tablet being sold for an affordable $199. The release of the PlayBook OS 2.0 seems to have added further impetus to the sales as the tablet now finally boasts of its own e-mail and calendar support. However, the impending arrival of the new gen iPad 3 is another reason why many tablet buyers have held off on their purchases.

As for RIM, the company hasn’t been going through the best of times and this should bring some much needed relief to them. However, the success might be too little and too late as the new iPad is already lurking in the horizon and can easily spoil the PlayBook party. Of course, RIM has a new PlayBook in the pipeline and it will be really interesting to see how the tablets fare in the coming months.