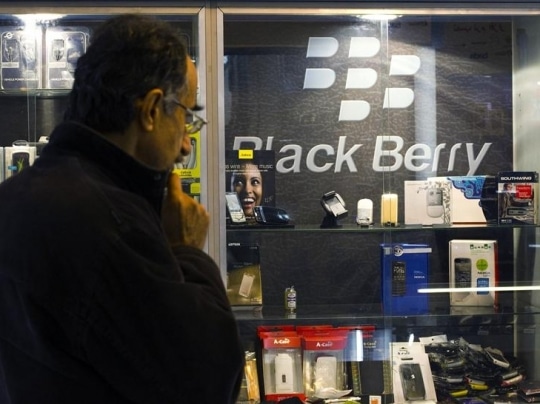 During the summertime Amazon hired a investment bank to review a potential merger with Research in Motion. The Canadian based company has seen a tumultuous year with its stock decreasing by more then 70%.  Instead of merging with Amazon the company decided to fix its own problems rather then being bought out.

The duel CEO strategy that RIM has employed is obviously not working and I am quite surprised the shareholders are not openly revolting due to the companies inability to stay current. Its sole hope is the next gen OS 10 operating system that will launch next year based on the QNX platform. A RIM investor who declined to be named said the company was now essentially on the block. “This story puts RIM in play, because shareholders are going to put it in play,” the U.S.-based investor said. “It’s over. This is now a company where the activists are in charge.”

RIM management really wants to turn the ship around before selling the company. Management reached for comment said “Selling the company or an economic joint venture is probably not in the cards right now,” said the source. “Until you stabilize the platform, people are going to be very nervous about spending $10 billion or more.”

Although a straight purchase from Amazon seems unlikely at this juncture the companies are discussing ways to incorporate some of technology into the Kindle Fire. The rumors right now are integrating the strongest asset RIM has, their BES Push email service and BBM. Canadian management is planning on security rolling out support for iOS and Android that will allow non-blackberry devices to take advantage of their supercharged email servers. On a personal level I am stuck with Blackberry phones because of their fabulous email support and the ability to get them delivered instantly. If a Android phone were to gain support for the entire Push process, I would jump ship to the new Nexus or the next gen iPhone.

Reuters is reporting that not only was Amazon interested during the summer but also HTC and Google.