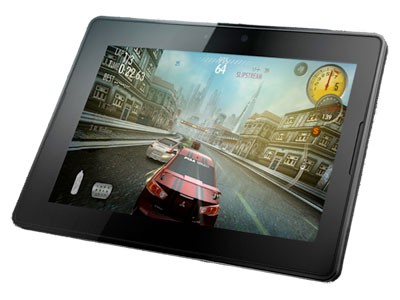 Research in Motion has had a woeful saga in its inaugural tablet, the Playbook. It was launched earlier this year and met with resistance from customers and tech blogs alike. The main issue was the $499 price tag, and the lack of the quintessential features that in other models had propelled the company into a corporate IT darling.  The two main notable absences are BBM and RIM email, which is a deal breaker with most people who went with the phones to begin with. Today many retailers slashed the prices on the Playbook, but is it a bargain?

Staples, Office Depot, and Best Buy in the USA have dropped the price on the 16 GB WIFI only model of the playbook to $299 and you also get a free $100 giftcard. While in Canada, Futureshop, Staples, Best Buy, and Office Depot are offering it for $399.

You might remember the HP Touchpad met with critical success after it dropped the price from $499 to $99 and lit the world on fire with people trying to get their hands on one.

Will the Playbook ship more then 200,000 tablets this quarter like it did the last one, or will this price drop spark consumer interest? My thoughts on the matter is that RIM will have to slash the price down to at least $199 in both Canada and the USA to get much interest. The App market continues to be a baron wasteland and the lack of email, BBM, and other core features is a huge drawback. The reason I continue to use Blackberry smartphones exclusively is because of the speed of Pushed emails. I would pick up the Playbook in a second if it had built in support for emails without having to bridge to my phone. I had the Playbook for many months and even with pairing my phone with it, the email system is really buggy. You cannot Delete Prior and instead have to delete each email one by one. I get over 100 emails a day and there is so much wasted motion involved in deleting them one by one.

Does the Playbook price drop make anyone want to pick this tablet up? It seems everyone is waiting on the Amazon Tablet or the Nook 2.