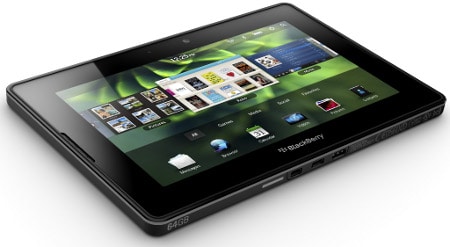 The quarterly earnings report presented by RIM has hardly anything to cheer about. That is unless you glean great pleasure in knowing there are only a million PlayBook tablets out in the wild, and the company has slipped into the red by bleeding out about $125 million.

However, unlike HP (that killed its TouchPad project after it met with a lukewarm response), RIM isn’t backing away from the PlayBook device. Instead, it is constantly on the lookout for new ways to make the tablet more palatable to consumers, like the recent unveiling of the PlayBook OS 2.0 that has made it possible for running select Android apps on the PlayBook. Speaking of Apps, make sure to check out our Good e-Reader Playbook Store! We now have over 500 Android Apps all working mighty fine on the Playbook. Check it out HERE.

There is the other equally important factor of price, and the increased acceptance of the PlayBook has a lot to do with it. The PlayBook range now starts at $199, a steep dive from the $499 that it retailed for when it was first launched in Feb 2011. There has been several experiments with the tablet’s price, though RIM seems to have found the most success with the $199 price tag. The device always had attractive hardware specifications, though its OS had severe limitations with very few apps at the RIM app store. It also had the missing features of calendar, contacts, and email, which are extremely important for mobile device users. However, with all such things being taken care of, the PlayBook seems to be heading towards better days.

RIM head Thorsten Heins has also expressed confidence in RIM’s ability to come up with the new platform BlackBerry 10 on time, which is scheduled to happen towards end of 2012. RIM officials had earlier stated the OS will also be made available to the PlayBook tablet, though at a later time and after the system has been rolled out to the new range of smartphones.