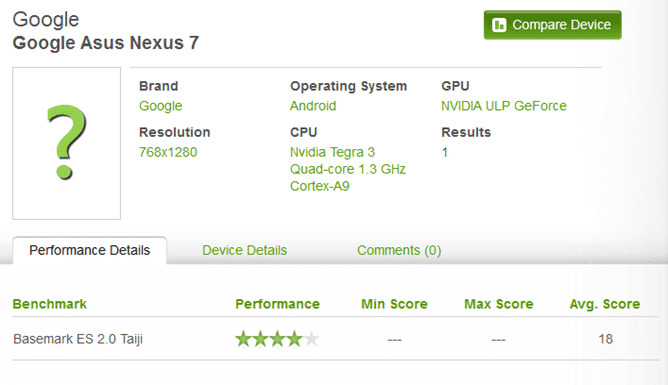 Things seem to be picking up pace with the 7 inch Google tablet now that the Nexus 7 has been spotted in benchmark tests. Google is readying the device with Asus as the hardware partner. The test though does not paint a clear picture of the device that is slated for a release in June, possibly during Google I/O conference.

That said, a few interesting facts has come to the fore. Like the tablet may eventually be seen running Android’s next version — Jelly Bean. Jelly bean in turn is considered to be a minor upgrade over Android ICS and is believed to incorporate some tablet specific features. The benchmark tests reveal the tablet to be based on Android 4.1 which is labelled as JRN51B. Experts believe this is an indication of it being based on Android Jelly Bean.

This apart, the other features the Nexus 7 will come with include a 1280 x 768 pixel display and a 1.3 GHz NVIDIA Tegra 3 quad core processor.

More of it is expected in the coming days.