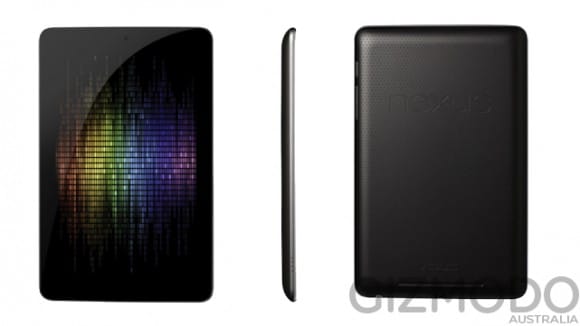 Google’s upcoming tablet is enabling the perfect pre-launch hype. While most of the previous leaks and rumors tried to establish the existence of the device or how soon it could be seen hitting streets, things have taken a whole new turn with the latest leak of the key aspects of the tablet.

A gist of what the leaked training document reveals is that the tablet, made by ASUS, will have a display screen of 7 inches. The processor will be a 1.3 GHz NVIDIA Tegra 3 quad-core chip with a GeForce 12 core GPU handling the graphic files. RAM strength at 1 GB and storage options will be either 8 GB or 16 GB. The tablet will also have a front facing camera of 1.2 megapixel. The document also reveals the tablet is expected to be priced at $199 for the 8 GB version while the 16 GB version is likely to cost $249. While Android 4.0 ICS is a surety, its next iteration, Android 4.1 Jelly Bean, cannot be ruled out. If the latter turns out to be true, the Google tablet will be the first tablet to sport Android Jelly Bean.

All of the above details are courtesy of Gizmodo Australia who had obtained the leaked document about the Nexus tablet. It is still best to wait until the 27th of June, when the tablet is expected to be officially announced by Google during their I/O event.

We will also learn whether the Google Nexus tablet has its origins on the Kai design principles which were unveiled at CES 2012. The Kai design strategy aimed at introducing the Nvidia Tegra 3 chip on a low cost computing platform with average pricing around the $199 mark.