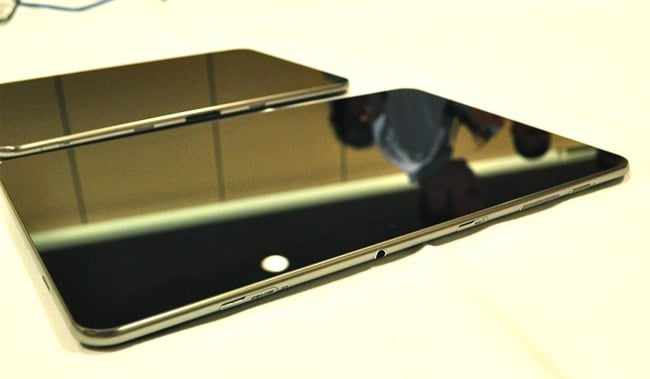 Samsung may just have made life tough for the Kindle Fire and the Nook Color with its killer pricing strategy for the 7 inch and 10.1 inch second edition of the popular Galaxy Tab.  Plus, it seems these are not the only devices that Samsung is looking to bank on going forward in 2012. We might get to see a whole new line of tablet PCs from the South Korean conglomerate as early as this June.

Called Espresso 7 and Espresso 10, the two tablets are still a mystery, though there are a few pieces of information available. The tablets may be sporting the quad-core Exynos processor that is currently under development along with Android 4.0 ICS as the operating system. Also, with Apple having set the stage for the pixel war, it can also be fairly safe to assume Samsung is sparing no effort to pack as many pixels within the 7 and 10 inch frame as is technically feasible. A Full HD 1920 x 1200 pixel display for the Espresso 10 can be possible, as is an AMOLED 1280 x 800 pixel display for the smaller Espresso 7.

Thankfully, June isn’t too far away and we believe there will a few more leaks and rumors to keep us engaged until then. Samsung has stated it needs some more time to polish the Galaxy Note 10.1 package before a market launch sometime in future. It’s anybody’s guess as to when that will be. Samsung’s response to the Apple iPad 3 is still shrouded in mystery, though we do know the South Korean giant won’t be sleeping while iPad 3 rules the roost.

Note: The image shown above is that of the Samsung Galaxy Tab 10.1 and 8.9 inch device and may or may not bear any resemblance with the Espresso range of tablets discussed here.