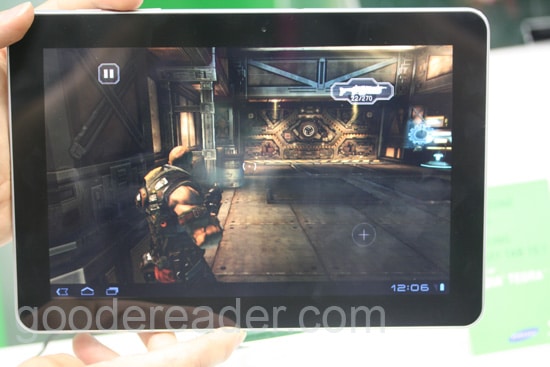 If you live in the United Kingdom and want to get your hands on the second iteration of the Samsung Galaxy Tab you are in luck! Starting August 3rd 2011 Currys.co.uk or Pcworld.co.uk  will be selling it for £399. You can actually pre-order it right now by clicking on the store links if you want to make sure you get it right away.

The starting price will get you a 10.1 inch Samsung Galaxy Tab, which is one of the worlds thinnest tablets available. The model has 16 GB of storage and WIFI to connect up to the internet. Both Currys and PC World will have an exclusive monopoly selling it for the first month and then other retailers will begin to distribute it.

If the WIFI model does not suit your fancy you only have to wait to August 23rd when the 3G unit drops. The 3G Galaxy Tab 10.1 with 64GB will set you back £659. There are also 32 GB versions as well, and the entire pricing structure is almost identical to the Apple iPad 2.

The Samsung Galaxy Tab 10.1 inch was one of our favorite tablets when we were in Taipei during Computex 2011 and had exclusive  hands-on time with the device. The Samsung Galaxy Tab 2 is a 10.1 inch touch screen tablet with a resolution of 1280 x 800 pixels and uses a Super PLS-based display screen. When we navigated various screens and applications everything loaded tremendously fast via the Nvidia Tegra 2 processor. There is enough storage for all of your multimedia assets such as videos, photos, and applications, thanks to the 32 GB internal storage.

The cameras on the device are great and the rear facing one has tremendous resolution at 1280×720 with 3 MP while the front facing one is great for video chatting with 1.3 MP camera. We checked out some of the video playbook using the rear facing LED flash and things displayed rather well.