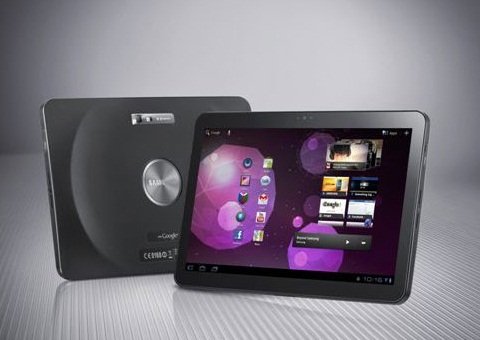 Samsung was one of the first companies to have publicly expressed fears over the way the new iPad 2 might have a steam roller effect on the competition. What seems evident is that they have been taken by surprise over Apple’s ability to deliver the new iPad 2 that would be considerably thinner and lighter than the rest out there. Combine this with a killer pricing strategy and the Cupertino based company has surely a winner in its hands. Clearly, the competition has been taken off guards and Samsung even admitted it publicly with its Executive VP Lee Don-joo saying, “We will have to improve the parts that are inadequate,” while also adding, “Apple made it very thin.”

However, while this might have given the impression about the new bigger Galaxy Tab 2 not being up to the mark yet, the South Korean conglomerate has now re-grouped and is putting up a brave face claiming their 10 inch Galaxy Tab 2 has a sound design, one that does not require to be tinkered with just yet.

However, while Lee had earlier said “The 10-inch (tablet) was to be priced higher than the 7-inch (tablet) but we will have to think that over,” what will be interesting to see is to what extent they are able to factor in the iPad 2 costs while coming up with their own pricing strategy with Galaxy tab 2. The new Samsung tablet is expected to go on sale later in the month and with a likely unsubsidized price tag of about $700, going by what the 7 inch Galaxy Tab was priced during launch.

So what seems certain from all the development is that there won’t be any delays with the Galaxy Tab 2 project as the tablet is not going back to the drawing boards for any major or minor design changes to better challenge the iPad 2.