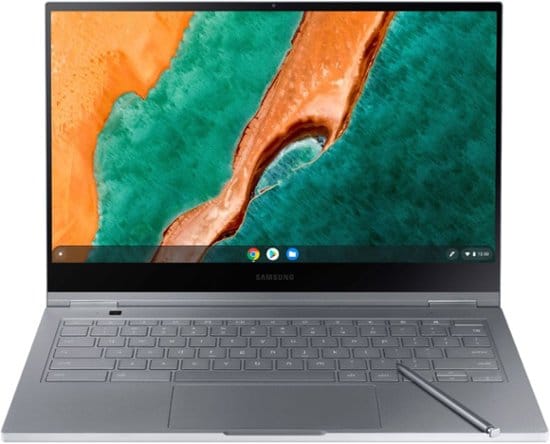 There is no shortage of digital note taking devices on the market. There are numerous entrants to the E INK space that have Wacom enabled screens and notable products include the Sony Digital Paper, Remarkable and the Onyx Boox MAX 3. Samsung dominates the smartphone space with the S-Pen and their popular Galaxy Note series appeals towards business professionals, they also have a line of tablets with the same technology. Chromebooks, they have never been aimed at prosumers, instead they are often cheap and accessible to students or people looking for deals, but this has all changed.

Samsung is launching the most expensive, highest spec Chromebook in the world. It features a 13.3 inch AMOLED touchscreen display with a resolution of 3840×2160 and will play 4K content. Underneath the hood is a 10th Gen Intel Core i5-10210U quad core mobile processor, 8GB of RAM, 265GB SSD. It’s also a thin, light, and versatile device that measures 0.4 inches thick, weighs 2.3 pounds

The screen and keyboard are locked together with a hinge but it also features a neat 360 flip-and-fold design and backlit keyboard. One of the most exciting elements about this device, is that it has a screen that is compatible with the newest S-Pen and has a dock inside of the Chromebook to house it. This means that you can take notes and draw on the screen, which is useful if people do not want to go for a smartphone or E INK E-Note.

This is going to retail for $999 USD from the Best Buy website in the US, but will likely hit more retailers.