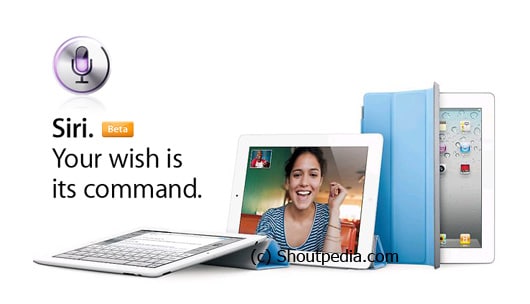 If you were jealous of all of your latest generation iPhone touting friends asking their phones about the weather and where to hide a body, you are in luck! Apple announced today that Siri was coming to the Apple iPad 3rd generation this summer, as part of the iOS 6 update!

Siri has been upgraded to give you the latest sports scores and information on your favorite action heroes. You can ask questions like “how tall are they?” or “what was the score in last nights game?” Siri also now includes improved restaurant recommendations, which pull up Yelp reviews and the option for OpenTable reservations, as well as movie data, aided by Rotten Tomato stats. Perhaps more importantly, however, Siri will now open apps. “Siri, play Temple Run,” you could say, and the addictive game will open automatically.

This is a great move to dispense Siri to more devices and will give people another reason to upgrade to the latest iteration of Apple’s tablet computer. During the keynote speech, Apple said that you will never see it on previously released devices.