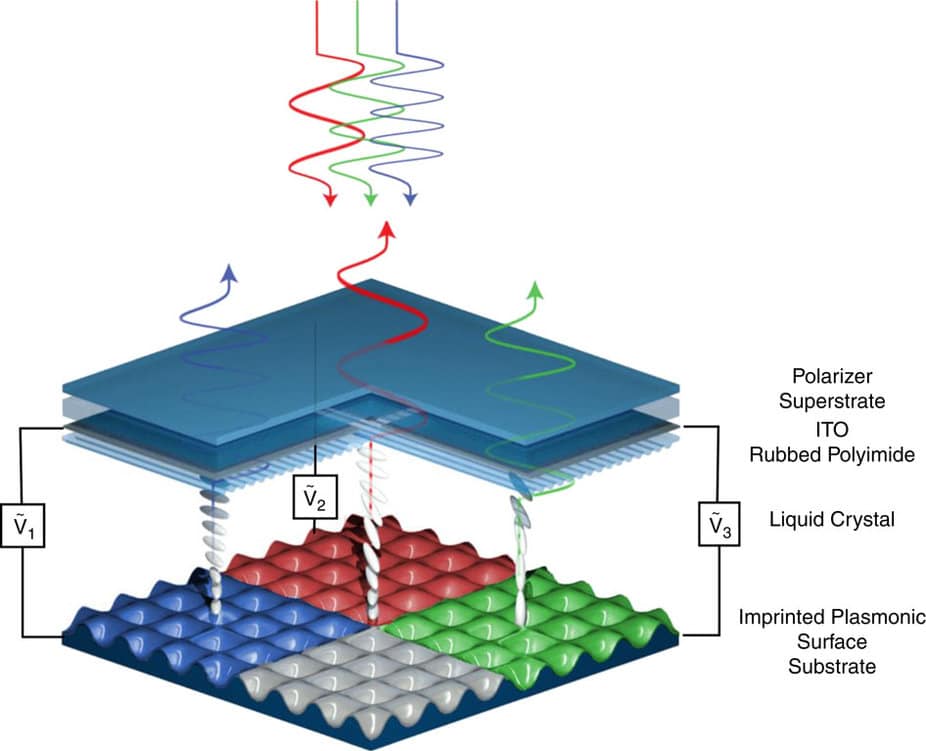 Researchers at the University of Central Florida has developed a new surface that allows the fine tuning of individual subpixels on a display. This breakthrough will result in the resolution in your smartphone, tablet and television to triple.

The current generation of screen technology are made up of hundreds of thousands of pixels that display different colors to form the images. Each of these pixels contain three subpixels – one red, one green, one blue. A white backlight shines through the pixel and the LCD shutter controls which subpixel is viewable. For example, if the pixel should be blue, the LCD shutter will cover the red and green subpixels. In order to make purple, the shutter only needs to cover the green subpixel. The white backlight determines how light or dark the color will be.

Assistant Professor Debashis Chanda and physics doctoral student Daniel Franklin have come up with a way to tune the color of these subpixels. By applying differing voltages, they are able to change the color of individual subpixels to red, green or blue – the RGB scale – or gradations in between.

“We can make a red subpixel go to blue, for instance,” Chanda said. “In other displays that is not possible because they need three static color filters to show the full RGB color. We don’t need that now; a single subpixel-less pixel can be tuned across a given color gamut.”

By eliminating the three static subpixels that currently make up every pixel, the size of individual pixels can be reduced by three. Three times as many pixels means three times the resolution. This will be a game changer for augmented reality and virtual reality because the screen are so close to your eyes.

via UCF and Nature