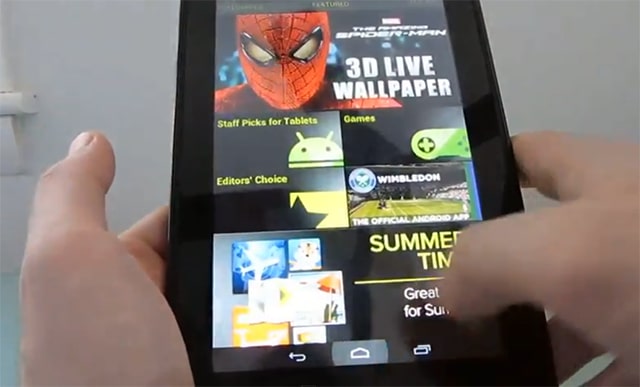 The ASOP code for Jellybean was released a few days ago and programmers the world over have been porting it over to many different tablets. The Amazon Kindle Fire was one of the first tablets to get a build of Android 4.1 ported over to it.

The Kindle Fire initially launched with Android Gingerbread and has not seen a dramatic OS upgrade since the release. The Jelly Bean build is still in the first release stages and has a number of bugs to be worked out. It does give you access to Google Play, Google Music, and all the Android apps you can shake a stick at.

Your Fire has to be rooted to enjoy all of the new benefits, but you can find out everything you want to know at the official XDA Developers thread.