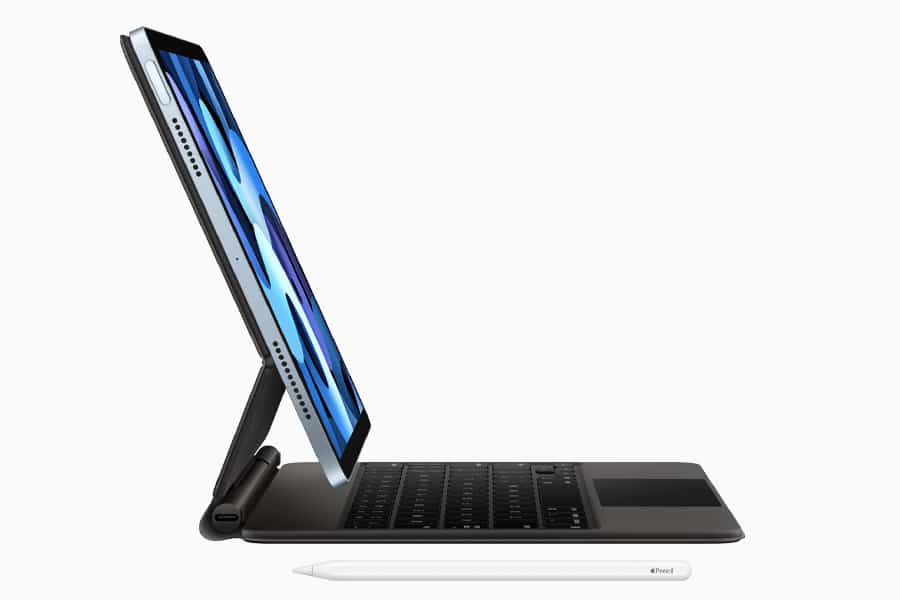 The year 2020 is drawing to a close. While most would love to see that happen soon given the not too fond memories we have had during the period, there sure were some nice things that happened in the tech scene.

For instance, we have seen AI tech seemingly coming of age in 2020, with the same finding application in more segments than ever before. There has also been quite a few foldable phones launched this year and seems set for the long haul. Apple too is reported to be working on its own version of a foldable iPhone variant, and it is going to be mighty interesting to see how that unfolds.

Another significant achievement we have seen happening in 2020 and which has a direct bearing on eBook lovers has been the introduction of Kaleido tech from E Ink. This introduced some much-needed colors in the otherwise brilliant but often bland e-ink displays. We did have quite a few eBook readers as well such as the Pocketbook Color featuring the Kaleido displays.

There have also been some nice tablet devices launched this year. Those brought some much-needed respite in the pandemic situation and served as a means of entertainment or sufficed the needs of working from home. In fact, nowhere before has mankind been forced to work from home as has happened during 2020 owing to the pandemic. And guess what, tablet devices, particularly the convertible ones rose to the occasion to evolve as one of the most sought-after devices of late.

We mention here some of the best tablet devices that we got to lay our hands on in 2020. 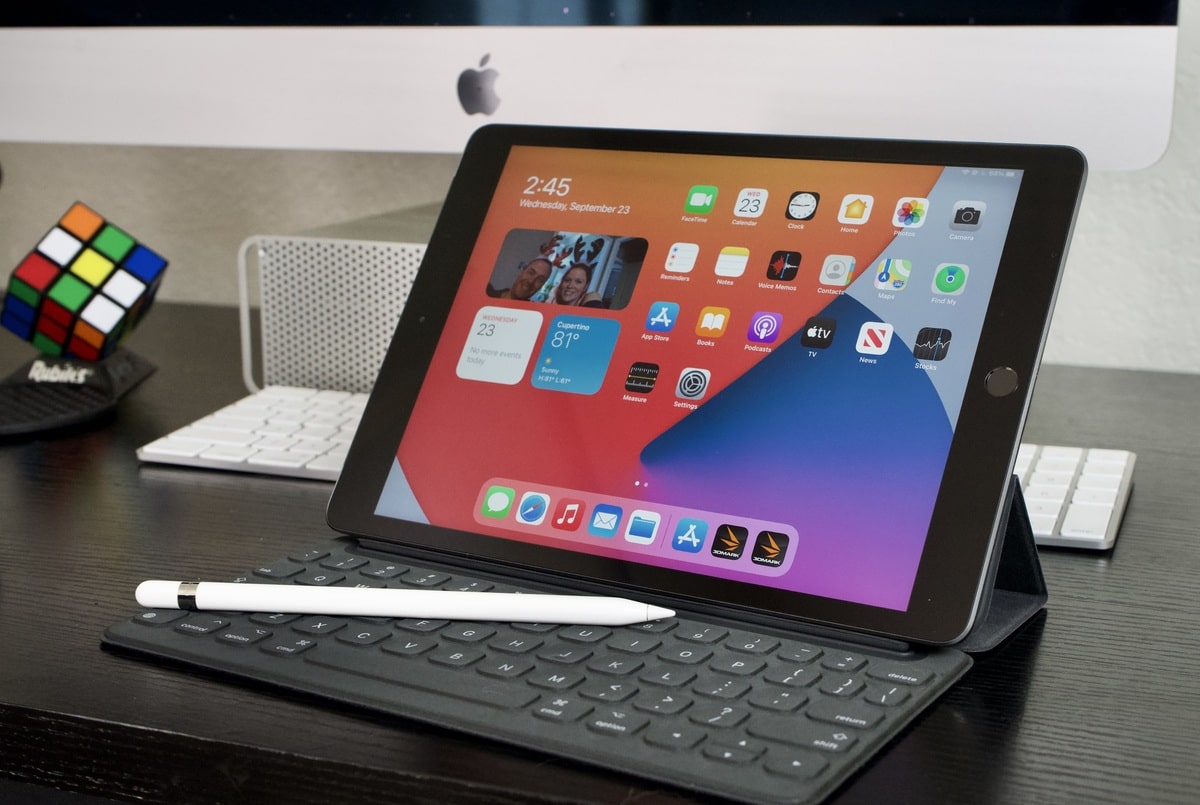 That’s the device that started the whole tablet thing and continues to rule the roost here, all the way through to its 8th generation. That should speak volumes of the device’s capability and the ecosystem behind it. In its present form, the iPad offers a 10.2-inch display that is crisp and clear. Behind it lies the A12 chip which provides for a processing boost over its predecessor.

Another huge plus with the tablet is its compatibility with Apple Pencil and the Smart Keyboard Folio. With the latter, you can make the tablet to act as sort of a laptop while the Pencil will let you take some quick notes or scribble your way out on the brilliant display. Battery life is in excess of 8 hours while watching videos which is another plus. So, be it playing games, watching videos, or doing some productivity stuff, the iPad 8 is the tablet for all seasons. 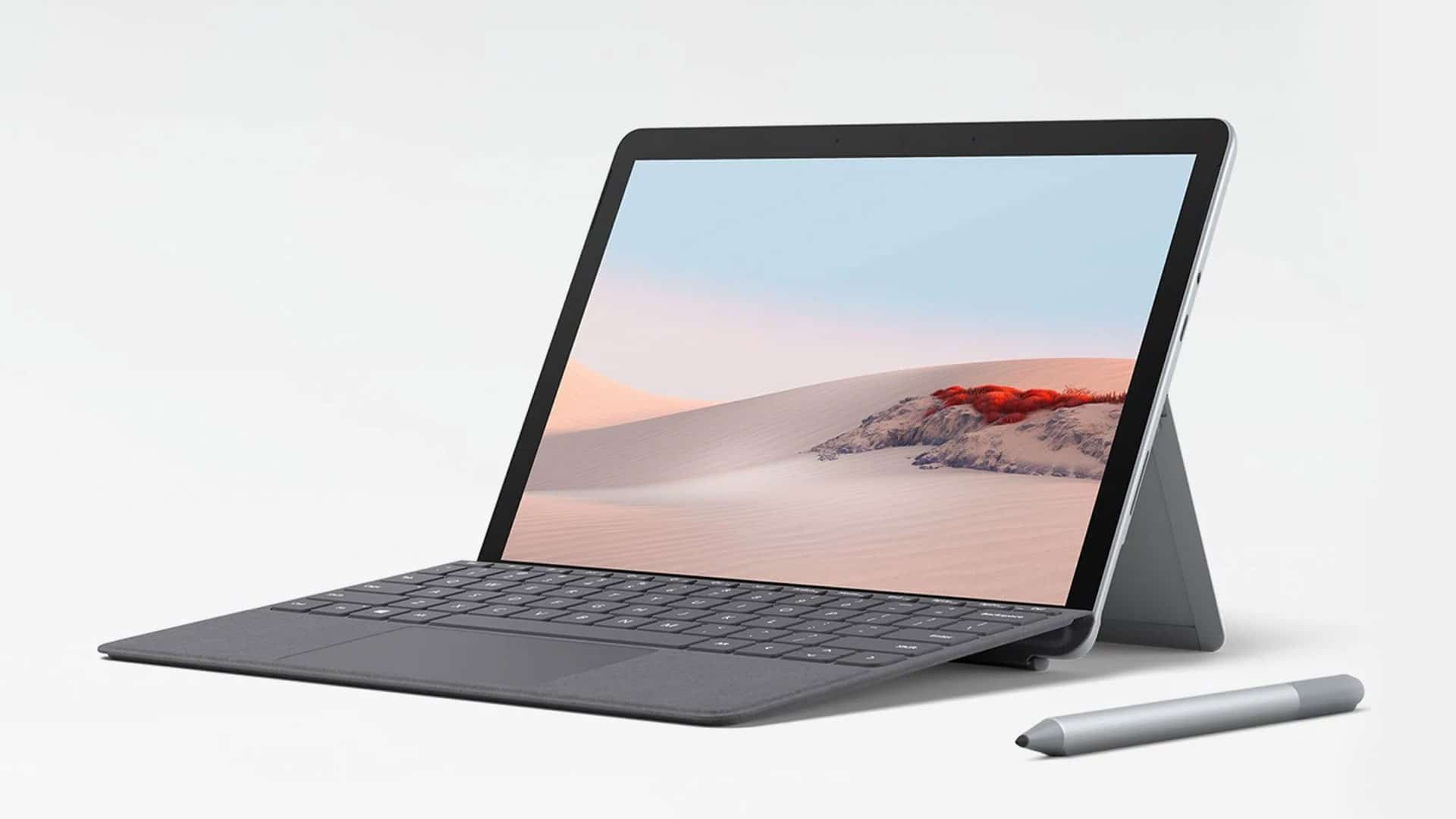 Running Windows 10, the new Surface Go 2 is perhaps the cheapest you can have when it comes to a tablet that can also be a laptop when needed. With Windows 10 onboard, you can have access to all the legacy desktop apps available. The basic design might be familiar, but it has also stood the test of time. The adjustable kickstand ensures you have the perfect angle to work each time.

Battery life is a not too bad 5 hours while performance is also quite decent. The USB-C port allows for attaching external devices such as a printer while there is a pair of excellent stereo speakers too. The display is all of 10.5-inches which makes it extremely handy. However, should you need a bigger display, there is the Surface Pro 7 that too is an excellent convertible device but is a bit more pricey. 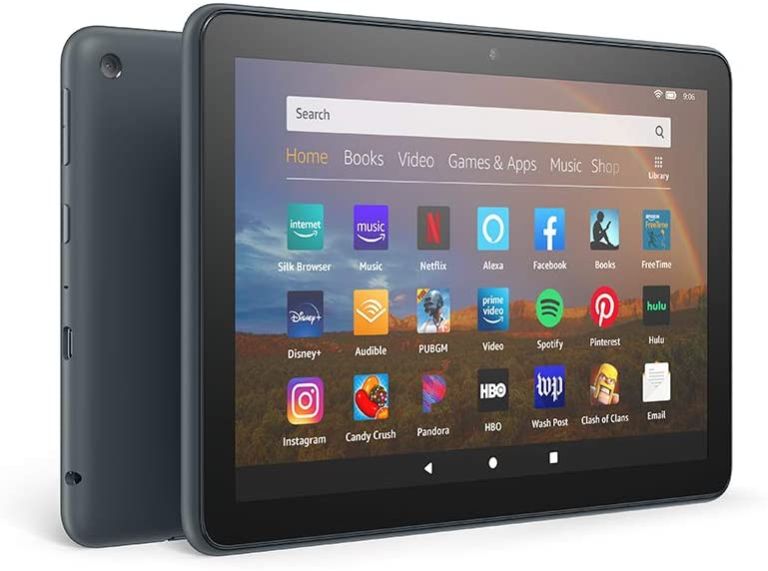 Unlike the other two tablets discussed so far, the Fire HD 8 is more of an entertainment device than anything else. Running Fire OS, the tablet is also closely tied to the Amazon ecosystem which further limits its scope but is still excellent if used for consuming media. Be it for reading eBooks, playing games, listening to music, or watching videos, there is no dearth of content you can have on the Fire HD.

The 8-inch HD display is also great for most tasks while the onboard processor offers decent levels of performance. Battery life is also a huge plus and can last well over nine hours. There is a microSD card slot too to complement the onboard storage of 32 GB. However, what makes the Fire HD 8, or just about any Fire tablet is its outright cheap price tag; and made more affordable during various occasions. 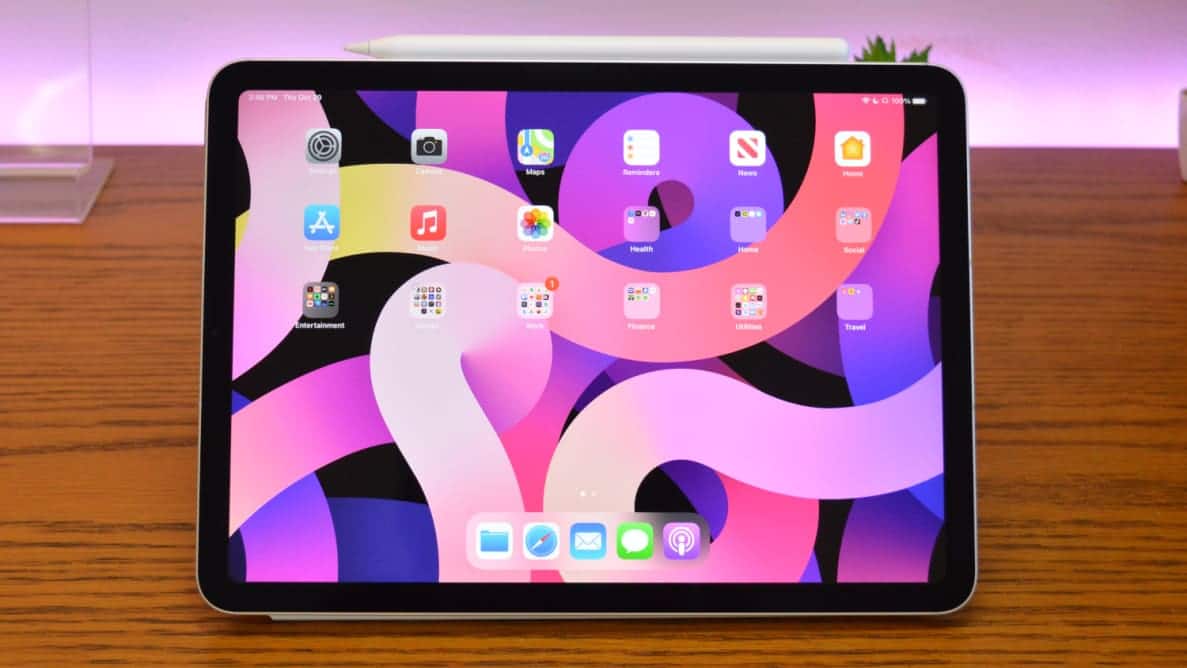 The iPad Air in its latest avatar is a gorgeous looking device given its slim bezels that surrounds a brilliant 10.9-inch display. The sides again have been made from recycled aluminum. Another unique aspect of the iPad Air is its Touch ID feature which has been accommodated within the power button.

Further, the A14 processor at the core makes the tablet a powerhouse of a device, which is enough for entertainment, productivity tasks like photo or video editing along with some serious gaming as well. Battery life is a nice 10 hours and takes around 2.5 hours to attain full charge. What’s more, the tablet is also compliant with the second-gen Apple Pencil and the Apple Magic Keyboard that will transform the device into a full-pledged laptop device.

Or if the smaller display is an issue for you, there is also the 12.9-inch iPad Pro 2020 to fall back upon. 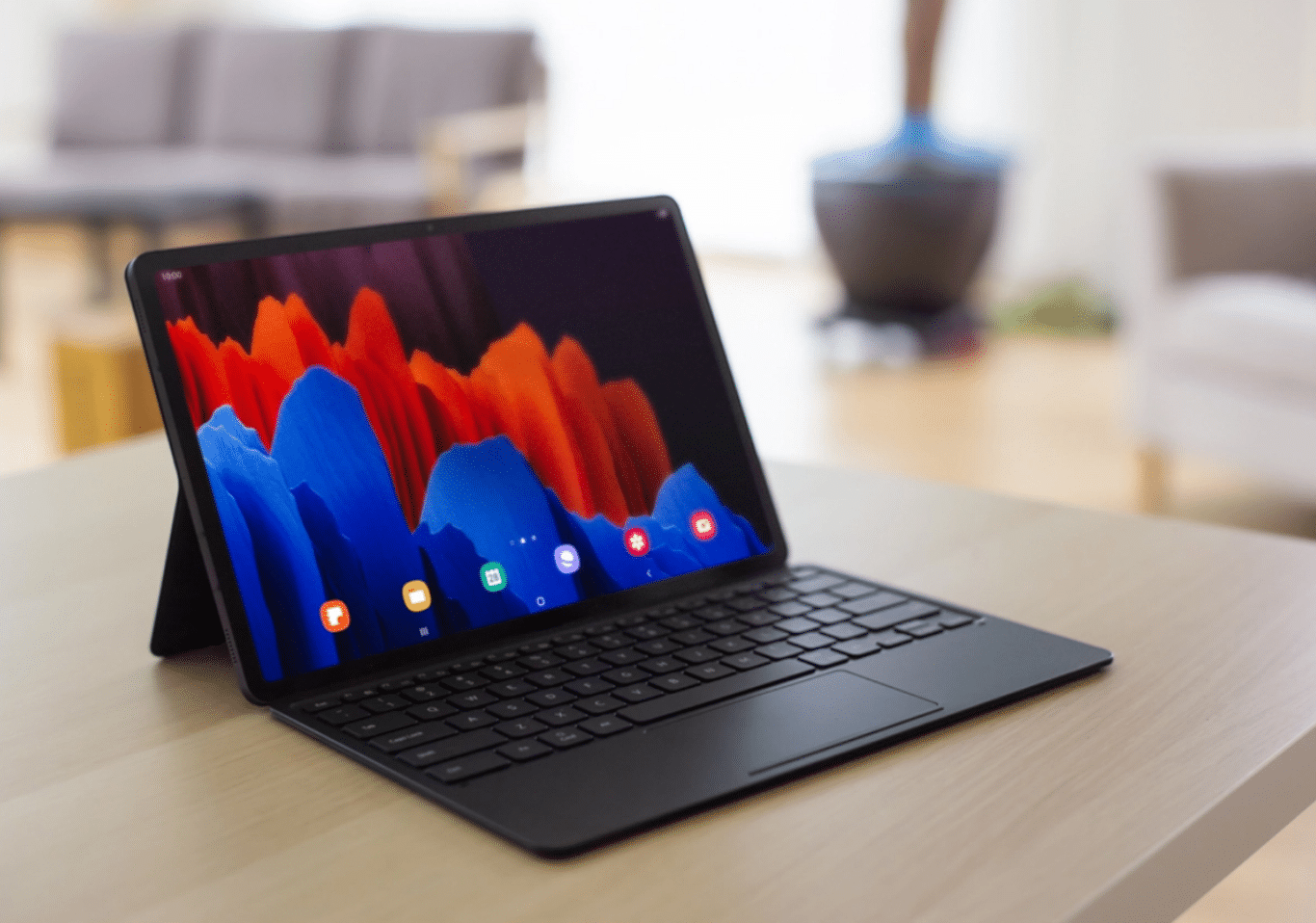 The Galaxy Tab S7+ is perhaps the best you can have with a tablet running Android. The 12.4-inch display is also easily the best around and betters its competitors comprehensively. Then there are four Dolby Atmos speakers too, all of which make it an excellent entertainment device.

Another positive with the Tab S7+ is that it comes bundled with a stylus that enhances its functionality several times over. Battery life is also in excess of 10 hours while performance is among the best in its class. Running Android, you have access to the Google Play Store and hence the entire suite of apps contained therein. 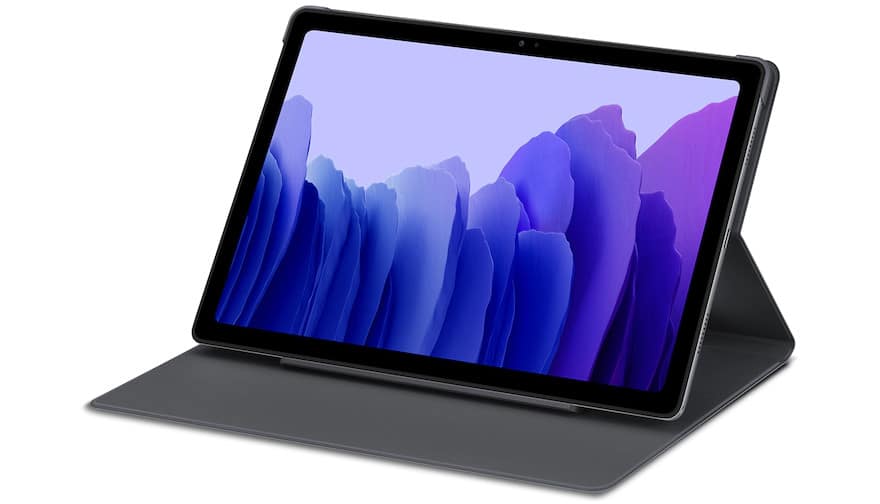 The Galaxy Tab A7 is for those who want a top-notch Android tablet but aren’t able to afford the Galaxy Tab S7 range. That said, there aren’t too many compromises to be made with the A7 as it sure is a great tablet in its own right. The 10.4-inch display is sharp and crisp while the surrounding bezels are even thinner than what you get with the Apple iPad.

Battery life is in excess of 13 hours which is one of the biggest positives with the tablet. Performance isn’t class-leading and is definitely not as fast as the iPad but is still par for the course. Also, with access to the Google Play Store, you will be spoilt for choice when it comes to app support. At its price range, the A7 is definitely hard to miss given all that it has to offer. 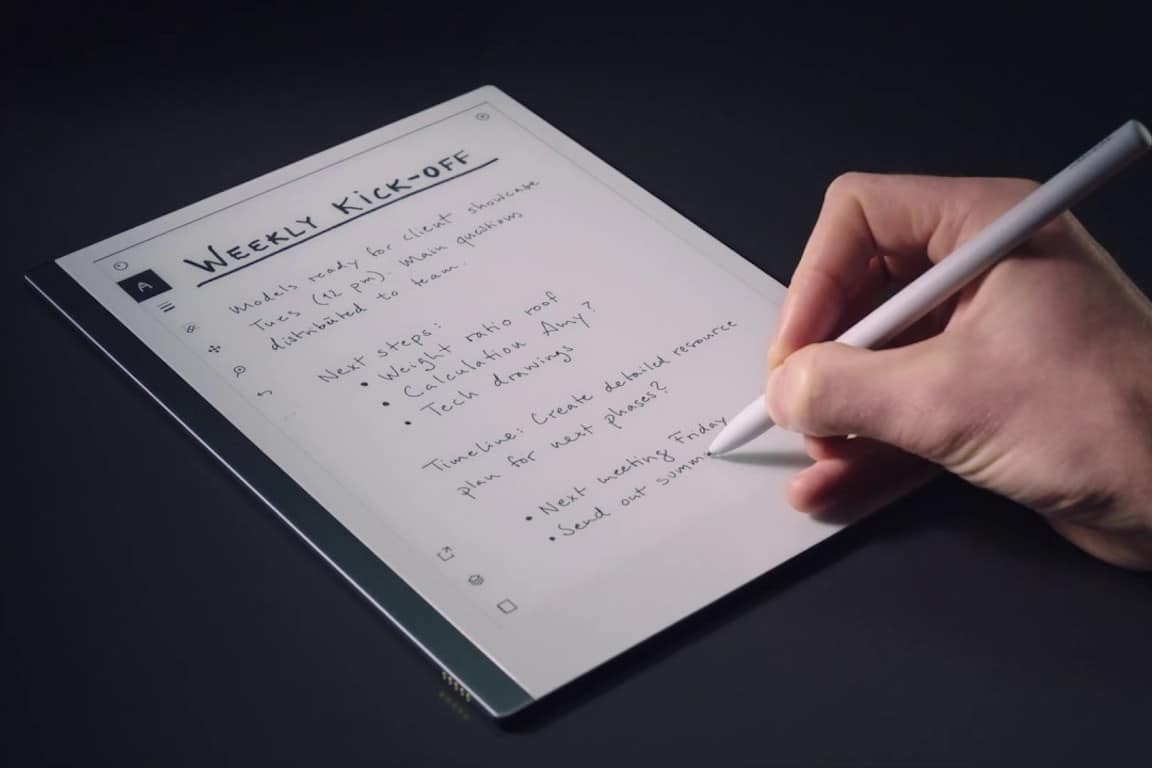 The reMarkable 2 isn’t exactly a tablet in its truest essence. However, it still deserves to be in this list owing to the sheer functionality it has to offer. In fact, it is the best you can have if you need to write a lot and are looking for a digital alternative for the same. While there is no dearth of tablets with stylus support, there isn’t any that can offer the same kind of feel as the reMarkable 2 does.

The Marker stylus offers the best feeling when it comes to scribbling your heart and mind out on a display. Battery life is a stupendous two weeks, which means the device is going to be available more time at your disposal than being plugged in. Plus, there is always the option to sync your notes to the cloud, which makes it instantly available on compatible devices such as a smartphone, tablet, PC, and so on.