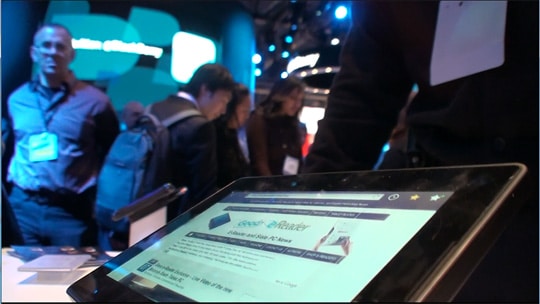 It is now perhaps common knowledge that there is a Tablet PC in the making at Research in Motion or RIM. Often referred as the Blackberry tablet or the Cobalt, what now seems the new Tablet PC is likely to carry the name ‘BlackPad’.

There is a greater likelihood of the BlackPad to be based on an OS that is compatible with the BlackBerry and will be compliant with all current as well as future BlackBerry apps. The BlackPad is also believed will be leaner than the iPad. all these has led experts to believe that the BlackPad will have some sort of ‘double pixeling’ conversion built into it and will perhaps be in the 7-inch sized touchscreen group.

However, there is no reason to believe the BlackPad will enter the market soon. In fact its not even expected anytime this year and the earliest we can expect the device to break cover is during the 2011 edition of the CES which is going to be held in May.

Also, all of these are still in rumor turf and there has been no official confirmation as yet. The nearest though that we can have to really believe such a device is indeed coming our way is in the form of a patent application made by RIM on the 1st of April that shows a touchscreen enabled Tablet device that is capable of registering gesture controls. The patent further reveals the way how an application or a window can be closed by holding their finger for a period of time or a swipe gesture.

So lets wait for further details to emerge, which you’ll have in our Good E-Reader blog along with all the latest e-reader news.

Also, you will have lots about Tablet or Slate PCs as well as E-Readers in our Good E-Reader Magazine. So pick your copy today!