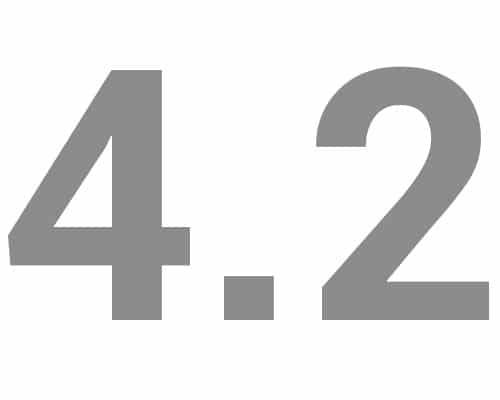 The latest and greatest Android version is now making its way to the Nexus 7. The update is about 80 MB and should not take more than a few minutes for Android Jelly Bean 4.2 download onto the Nexus 7 device. Users can look forward to a veriety of improvements, including the ability to setup multiple accounts on the device. This would enable the Nexus 7 to be more family oriented, allowing other members of the family to tailor their content for their account specifically. Then of course there is the usual dose of performance enhancements that one can expect with the Nexus 7 after the update.

Microsoft Surface getting security and performance upgrade, sales forecast down

Microsoft has been working on a few updates for its Surface RT and those are already available to users. The firmware update brings along performance enhancements, enabling apps to launch a lot quicker than before. The update includes some security patches and bug fixes as well. The update also addresses a vital aspect regarding power management, with the aim of improving performance when the device is woken from sleep or ensuring the minimum of battery drain while the device is in sleep mode.

Also, while still on the Surface RT device, Microsoft CEO Steve Ballmer has come out in defense of its latest hardware venture in his usual style claiming it to have recorded modest sales success so far. However, official Microsoft sources have been quick to rectify that, stating Ballmer’s use of the term ‘modest’ is related to “the company’s approach in ramping up supply and distribution of Surface with Windows RT.”

Digitimes is reporting that Microsoft may only be able to meet its sales expectation of the Surface RT by about 60 percent until the end of the year. The report is based on inputs from the supply chain, with the tablet’s not so competitive price tag blamed for the slower uptake. Further, there have been a few performance issues with the device along with the lack of apps, which is believed to have led to less than expected sales of the device. The Surface is still featuring the most innovative design and an exemplary build quality that we have seen in recent times.

Motorola XOOM will not get Android 4.2

Some bad news for those who might have been hoping to see the latest Android 4.2 Jelly Bean on to their devices: Jelly Bean 4.2 won’t be making it to the XOOM tablet. Motorola XOOM had started out with Android Honeycomb (the first device to come pre-installed with Honeycomb) and had been through Android Ice Cream Sandwich before finally reaching the end of the road with Android 4.1 Jelly Bean. Of course, there will be unofficial versions of the latest Jelly Bean available for the XOOM. AOSP Technical Lead Jean-Baptiste Queru has made it clear they would be keeping the XOOM out of the loop with future versions of Android.