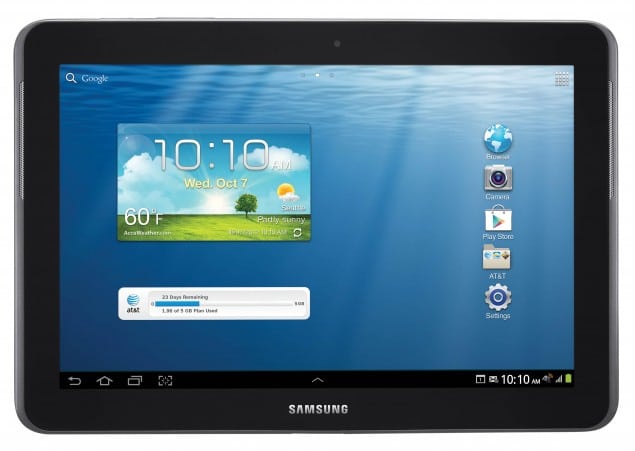 Samsung had hoped its Galaxy Note 10.1 would be enough to take on the iPad 3, though it’s no secret the 10.1 inch Note never could emulate the success its smaller cousin enjoyed. Now with the Note 2 making waves all over again, it was just a matter of time before the big brother got to be revamped as well. The Galaxy Note 2 10.1 will available from as early as November 11, with Sprint lending carrier support. Price is a rather steep $549.99, though that is for the unlocked version of the 4G capable tablet.

Nexus 7 to be upgraded to Android 4.2

Android 4.2 brings along some sweeping changes to the operating system, which include support for multi-user accounts.

With the new iPad Mini slowly making its way to the consumers, KGI analyst Ming-Chi Kuo believes Apple could end up pushing no less than 850k of the tablets during the first week of its sales. Kno elaborates, saying the figure could have been even higher if it weren’t for limited initial production of the tablet.

What has been strangely missing are the seemingly unending queues of buyers patiently waiting for their chance to pick up the mini iPad. It may be because they have already spent enough on the iPad 3 or the more recently launched iPhone 5 and are not ready to splurge again on yet another version of the iPad. Or maybe they are holding on for a new iPad which could be launched in the spring of 2013.