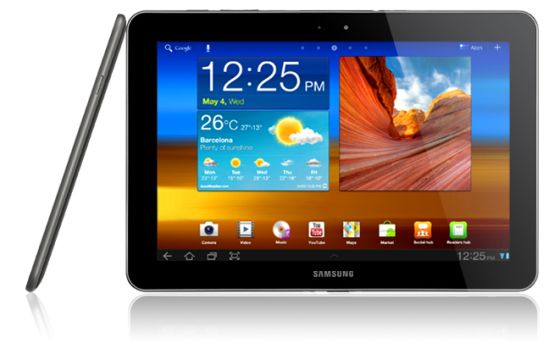 Contrary to the court ruling in Australia which banned the sale of Samsung Galaxy Tab 10.1 in that country, a US court has ruled against the law suit filed by Apple and has held that Samsung Galaxy Tab 10.1 is quite right to be sold in the US. Apple has been going after Samsung seeking a ban on the sale of its smartphones and tablet devices with cases currently underway in 10 countries worldwide. Apple has been accusing Samsung of having infringed in its design and tech patents though interestingly, it has failed to get an injunction on the sale of Samsung tablet in its own home country while having already achieved that in all cases everywhere.

“It is not clear that an injunction on Samsung’s accused devices would prevent Apple from being irreparably harmed,” U.S. District Judge Lucy Koh in San Jose wrote.

Apple though should not be expected to take this ruling without an appeal in which case there would be further rounds of legal activity pending. However, till then Samsung should be able to continue selling their Galaxy Tab range of tablets in the US. Surely this is good news for Samsung as it can make the most of the holiday shopping craze.

There has been no official statement as yet from Apple Samsung has welcomed the move saying:

“Samsung welcomes today’s ruling denying Apple’s request for a preliminary injunction. This ruling confirms our long-held view that Apple’s arguments lack merit. In particular, the court has recognized that Samsung has raised substantial questions about the validity of certain Apple design patents. We are confident that we can demonstrate the distinctiveness of Samsung’s mobile devices when the case goes to trial next year. We will continue to assert our intellectual property rights and defend against Apple’s claims to ensure our continued ability to provide innovative mobile products to consumers.”