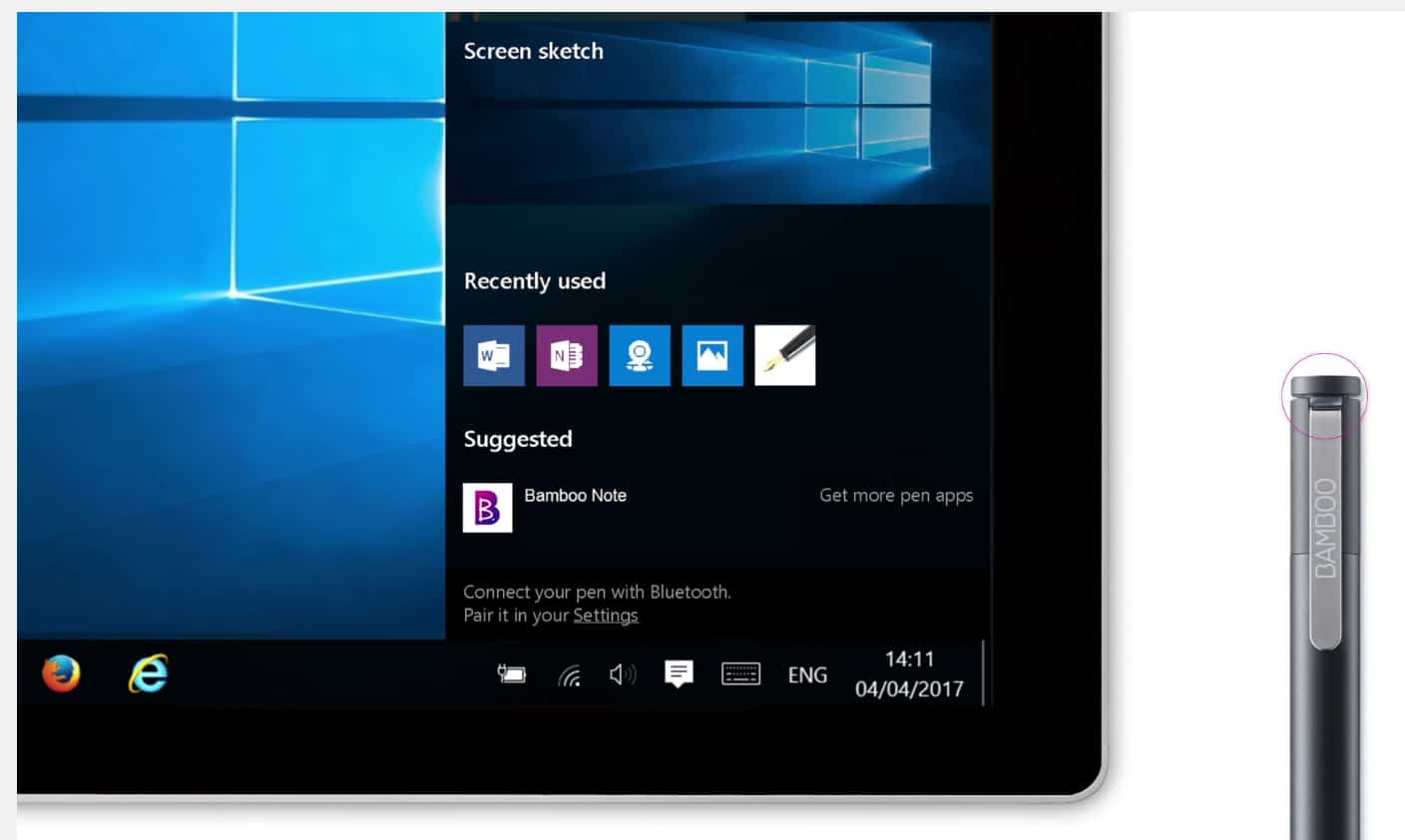 Wacom has just announced a new stylus that is compatible with all Microsoft Computers that have Windows Ink. Users will be able to capture their ideas and notes, mark documents within Windows Ink and across most Windows 10 platforms. By pushing the top of the Bamboo Ink stylus, users can launch Windows Ink Workspace or the pre-installed Sticky Notes, sketchpad, screen sketch or other pen-optimized apps like Bamboo Note.

Bamboo Ink is will work with the broadest range of pen-enabled devices. The stylus is preset for the Wacom AES protocol. If you have a device which uses Microsoft Pen Protocol (MPP), you can switch to it by simply pressing and holding both side buttons.

“Bamboo Ink is ideal for users who want to get more out of their Windows pen-enabled device,” says Jerry Koh, Windows Ink Group Program Manager at Microsoft. “We are excited to work with Wacom to offer pen technology that empowers anyone who wants to write, draw or mark-up documents to take their ideas further, wherever inspiration may strike.”

You will be able to purchase the Bamboo Ink from Best Buy, Microsoft stores and Wacom.com starting tomorrow for $79.75.