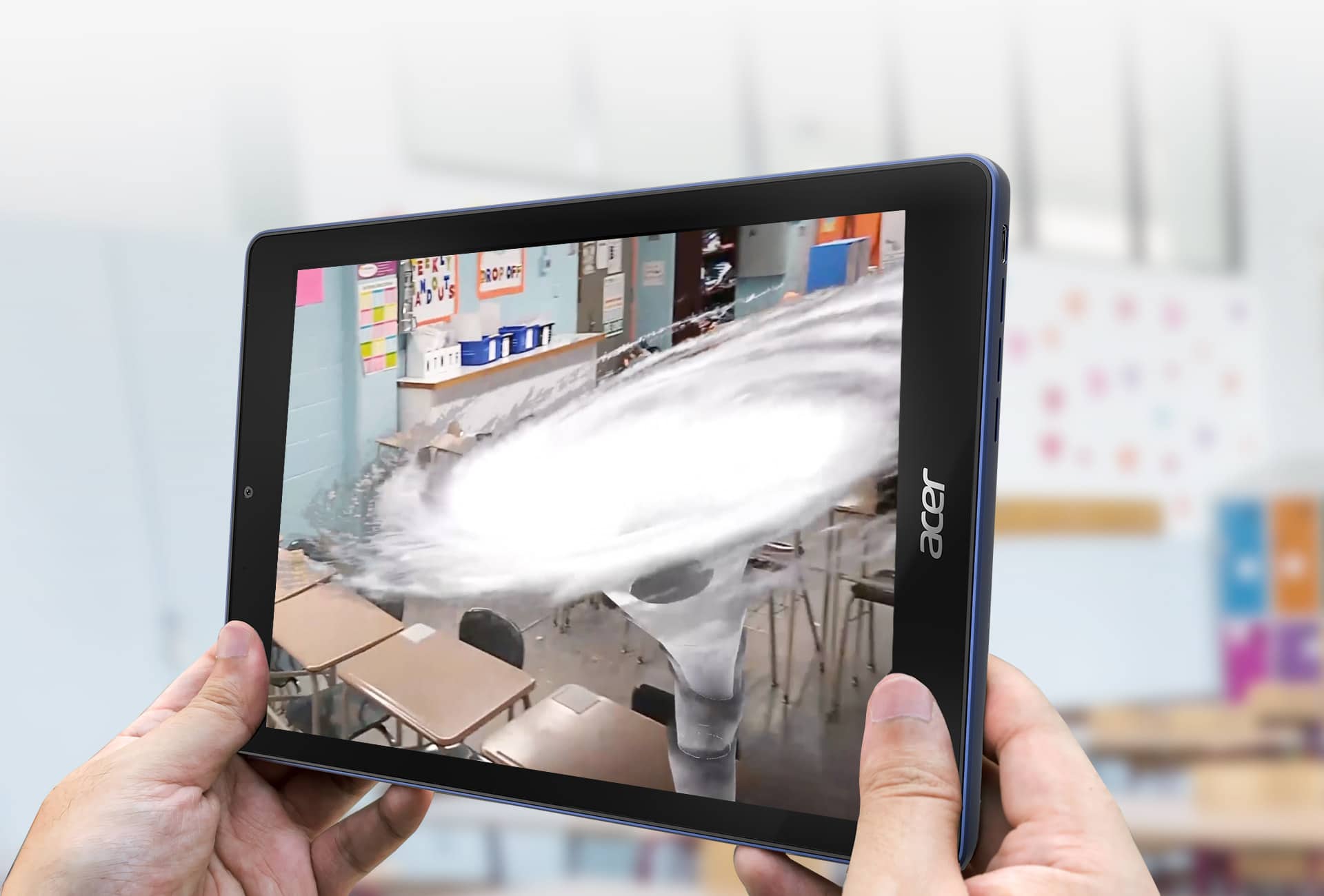 Acer has just released the first ever Chrome OS tablet, the Chromebook Tab 10. All of the other devices that run Chrome are laptops and ultrabooks, so this new Acer model is also the first model not to have a keyboard. You can purchase this for around $350 on Amazon and Acer has told Good e-Reader that “the primary target for the Chromebook Tab 10 are “K-12 schools that have standardized on Chrome and are looking for an easy-to-use, durable, and portable device.”

The Chromebook Tab 10 features a 9.7 inch screen with a resolution of 2048×1536 with 264 PPI. Underneath the hood is a Rockchip OP1 processor which incorporates two high-performance ARM Cortex-A72 cores, four energy-efficient Cortex-A53 cores, supports hardware decode/encoder for UHD 4K video, and has a number of Chrome OS-specific optimizations designed to improve user experience (and brought in by Google). The tablet is equipped with 4 GB of RAM and 32 GB of onboard storage and SD support. There are two cameras 2MP up front, 5MP at the rear. There’s also a battery-free Wacom stylus and a slot for it to live in, a USB 3.1 Type-C Gen 1 port, speakers, headphone jack and microphone.

Here is what the reviewers are saying.

The stylus itself is decent. It’s small and light. It can be hard to hold for extended periods of time because it’s so short, but I think kids will have no problem sketching out doodles and taking notes with it. There’s no extra hardware button on the side like on Samsung’s S Pens, but it’s still super functional. Popping out the stylus enables a small menu with screenshot and note-taking shortcuts. It’s quite handy.

It’s not a consumer device, and it’s not meant to be. So I wanted to use it for my own nefarious purposes: see if it offers a glimpse into what some future consumer Chrome OS tablet might be like. Unfortunately, what I saw is that the future is still awfully murky.

One of the biggest things I noticed, as a reviewer and user of consumer tech, is that the performance of the device’s Rockchip OP1 processor isn’t exactly impressive. Sure, it handles all the basic Chrome OS tasks by themselves, but multitasking should probably be avoided here.

There are a couple of things that this tablet offers that are interesting enough to mention. The first is the camera setup. A front and back camera on a Chrome OS device is pretty unique, at least for now, and that is about all I can say about it. As I’ve said in the past, the camera software on Chrome OS is so horrendous, it matters very little what cameras you attach to the outside. Photo capture take seconds – SECONDS – to happen, picture quality is laughable, and the overall experience is simply pointless.

The new Acer Chromebook Tab 10 proves yet again that Acer is the name to beat in the Chrome OS category. Not only does it innovate a completely new path for the devices to take with its tablet format and ease-of-use. It also sets the bar quite high for those types of devices in the education portion of the market. Since that’s actually Google’s biggest market for the OS and associated devices, it’s arguably one of the most important devices Acer has made. Between its inclusion of two cameras, thoughtful use of texture on the back panel, lightweight construction, active stylus, great sound, and Chrome OS itself, Acer has definitely made its efforts count. The positive points are really only offset by the fact that it doesn’t ship with a keyboard and mouse combination. Having said that, a Bluetooth keyboard could easily be used where needed and the on-screen keyboard is serviceable for everything else.

Will you buy the Chromebook Tab 10 for your own personal use? It does have a screen that is compatible with a Wacom EMR stylus. It has Google Play support and can also install Chrome apps.