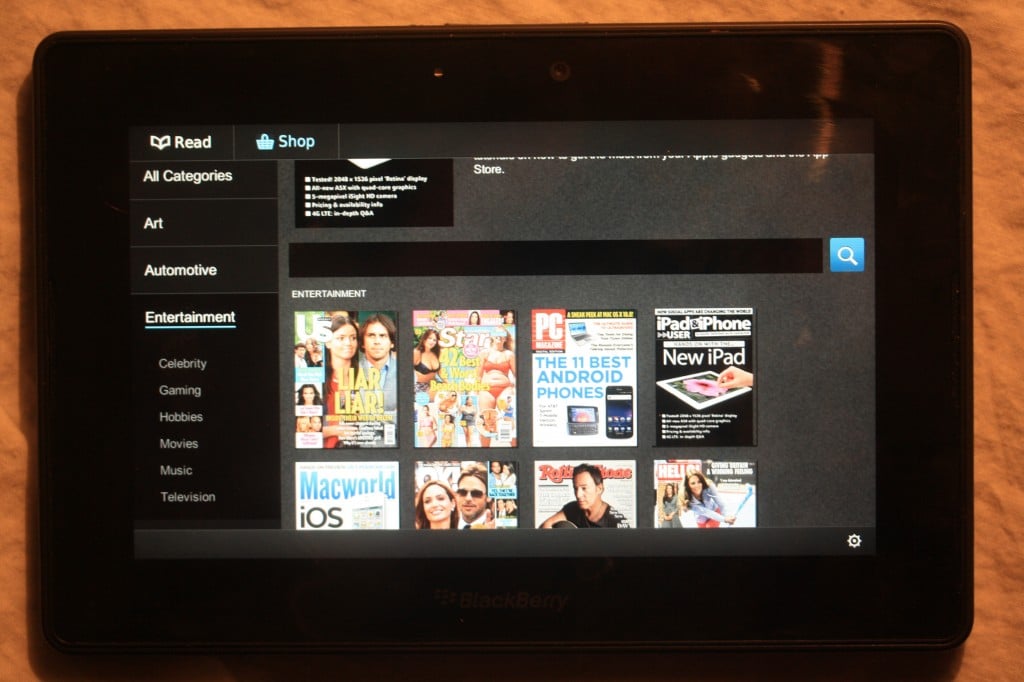 Zinio has finally released their Blackberry Playbook version of their seminal magazine app on APP World today! It is a free download that will gain a new user interface and the ability to purchase magazines from their extensive collection.

RIM and Zinio have been forming a partnership during the course of the last few months, to have their app available in the App World and as a part of the new Playbook OS upgrade to be ushered in with the Playbook 2.1 update. For the last month, RIM has been testing the first update since OS2 came out about a month ago.