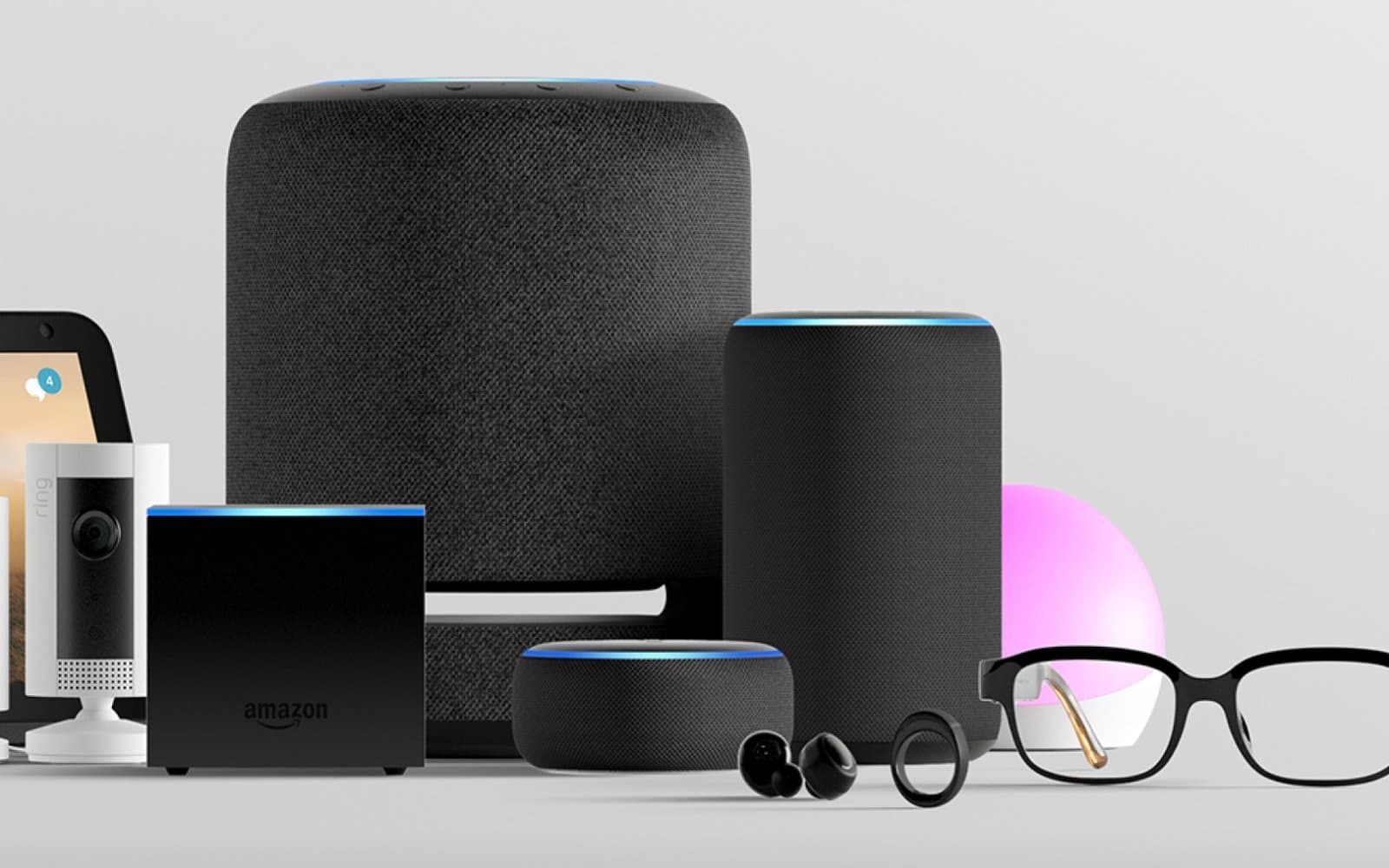 Amazon wants to include their Alexa voice assistant in all corners of our home and body. Today at their annual Alexa event the company announced earbuds, glasses, Echo Studio, which will compete against Sonos, Google Home and Apple and a ton of other things.

One of the more interesting things Amazon announced today were the Echo Buds — $130 earbuds with 5 hours of battery life and 20 hours via a rechargeable case. It uses Bose active noise reduction technology, can be turned on with a double tap and gives users access to Siri or Google Assistant, whichever is available on their smartphone. A feature lets users ask questions such as “Where are canned tomatoes?” in a Whole Foods location. The earbuds will respond with the aisle where you can find this product.

The thing I liked the most were the Echo Frames, a set of eyeglasses with prescription lenses that features “very discrete directional microphones” that let only users hear Alexa. The glasses weigh about 31 grams — lighter than, say, Google Glass — and users can tap the stem to turn the virtual assistant off. Right now these products are invite only and for US residents.

Echo Studio is their high end speakers that can play music in Dolby Atmos and is available for pre-order today. You’ll recognize the cloth-covered aesthetic, but it packs better sound than previous models. It has 3D audio and is meant to better compete with the likes of Sonos. Pre-orders are available now.

The Echo Dot has turned into an alarm clock. The fourth-generation Dot will display the time — plus extras like temperature and alarm times — on its side, and you’ll be able to snap it to snooze. It will sell for $60, and pre-orders open today.

If you are scared of the dark or your kids are, the Echo Glow might deserve a place in your home. The $30 device is a ball of light that can change color, dance in rhythm with music or flicker like a campfire. It’s available for pre-orders are open right now.

Finally, if you want to increase the WiFi area in your house, Amazon unveiled Eero for $99.