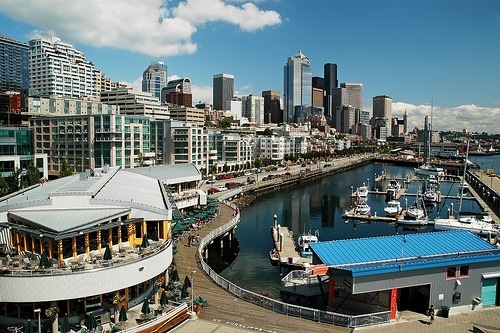 Amazon and the city of Seattle are undergoing a massive undertaking to build three one million square foot office towers in the city. The properties in question were owned by Clise Properties for decades and were recently sold to Amazon. This gives the company new buildings in which operate out of and there will be ground level retail locations. This might be a sign that the company intends on selling e-readers out of one, or all of these locations.

According to the Seattle Times – “The three contiguous blocks Amazon is buying are bounded roughly by Westlake Avenue, Sixth Avenue and Blanchard Street. Most of the property is parking lots; but other users include the King Cat Theater, Toyota of Seattle and the Sixth Avenue Inn motel. The recently purchased Clise blocks would be Amazon’s first venture into office development and ownership.”

Bryan Stevens, a spokesman for the city’s Department of Planning and Development, said the paperwork for the office towers filed Wednesday includes no details — just the property addresses and one-line descriptions of the proposals. A “pre-submittal conference” with planners is Feb. 23, he said, and the applicant may provide more details then.