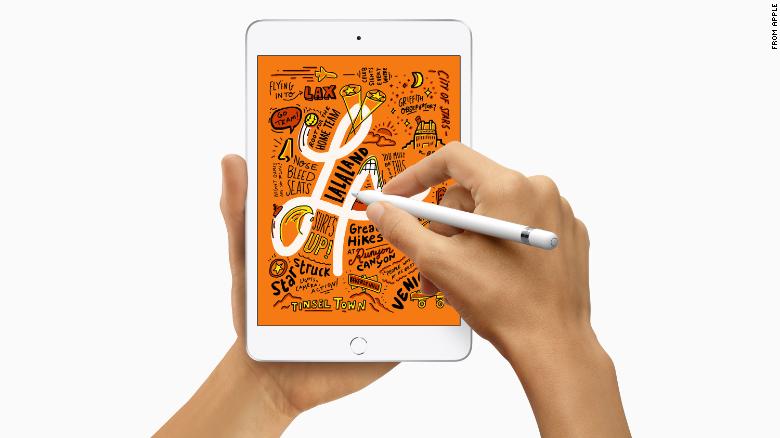 Apple has just unveiled a new 7.9 inch iPad Mini that has support for the first generation Apple Pencil. The big selling points is that it has a Retina Display and an upgraded A12 Bionic processor. The price is the same as the previous generation model at $399.

Apple says that with the new A12 Bionic chip, the iPad mini now delivers three times the performance and nine times faster graphics. Meanwhile the advanced Retina display with True Tone technology and wide color support is 25 percent brighter and has the highest pixel density (3 million) of any iPad. The exact resolution is 2,048 x 1,536. Additionally there is an 8-megapixel rear camera brings improved low-light performance and HD video recording, while the front facing camera has been bumped up to 7 megapixels for better-quality selfies and FaceTime HD.

I believe the Apple iPad Mini is better than the new Air, which was also announced today. The Mini looks luxurious and is great for people who want a multifunction tablet that can read ebooks and listen to audiobooks. Apple recently revised the iBooks experience with a new UI and it is more intuitive to browse and find recommendations.  I use my iPad Mini previous gen every day to read news and listen to podcasts.

Available in Silver, Space Gray, and Gold, and in 64 and 256GB storage capacities, the new iPad mini starts at $399 for the Wi-Fi model and $529 for the Wi-Fi + Cellular model. An Apple Pencil (1st generation) is available for purchase separately for $99. Online orders for the new iPad mini begin today on the Apple website, with availability in Apple stores and select retailers starting next week.