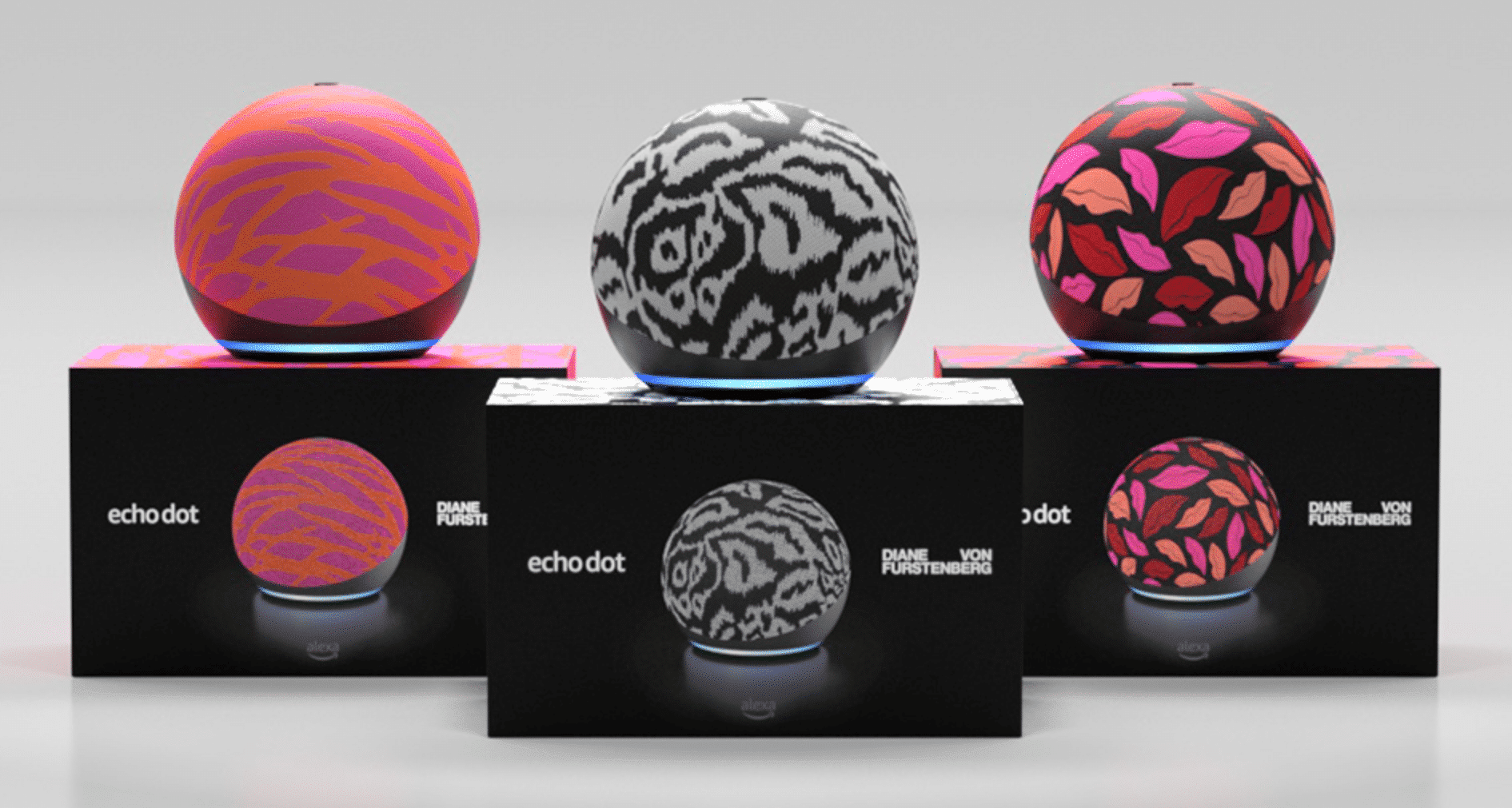 Amazon’s Build it program has a new entrant, limited-edition versions of the Echo Dot speakers that you can customize with active inputs from renowned fashion designer and philanthropist, Diane von Furstenberg. The process starts today so that those interested in getting their own special Echo Dot x Diane von Furstenberg concept speaker can pre-order right away.

The customized smart speaker is going to be available in three flavors — Midnight Kiss, Ikat, or Twigs. Each model is priced at $59.99 though Amazon won’t be working on this right after you have placed your order. Rather, buyers will have time till August 13 to pre-order the speakers and Amazon will start building those only if there are enough orders.

Amazon meanwhile said they will contribute to a non-profit organization, Vital Voice that has been selected by Diane von Furstenberg. The organization deals with women leaders who are currently dealing with some of the biggest challenges faced by mankind.