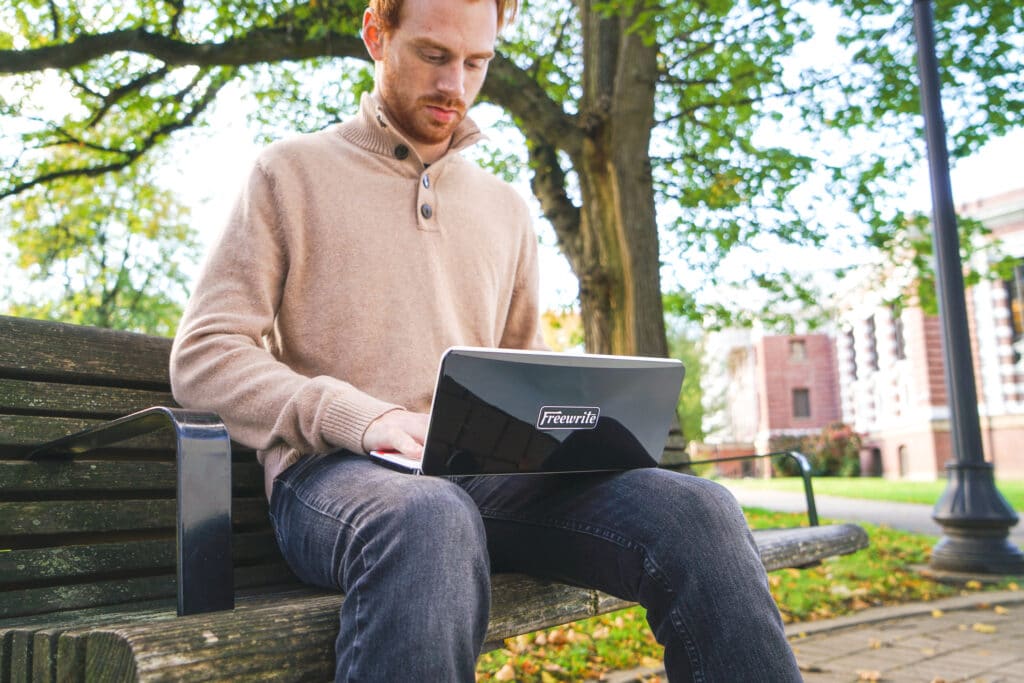 The Freewrite Traveler was a crowdfunded E INK typewriter that generated over $1.5 million dollars. The company has just released the device to the public. It has a full QWERTY keyboard with scissor switch keys. A large screen 5 inch screen showcases all of your typed characters and everything is stored locally or sent to cloud storage when connected to WIFI.

Described as ‘The Ultimate Portable Distraction-Free Writing Tool’, The Freewrite Traveler delivers on its promises. The device was meticulously engineered to minimize weight and thickness while maintaining rigidity. As a result, it weighs 1.6lbs and is approximately half the size of a traditional laptop providing an unparalleled level of convenience to take on the go. 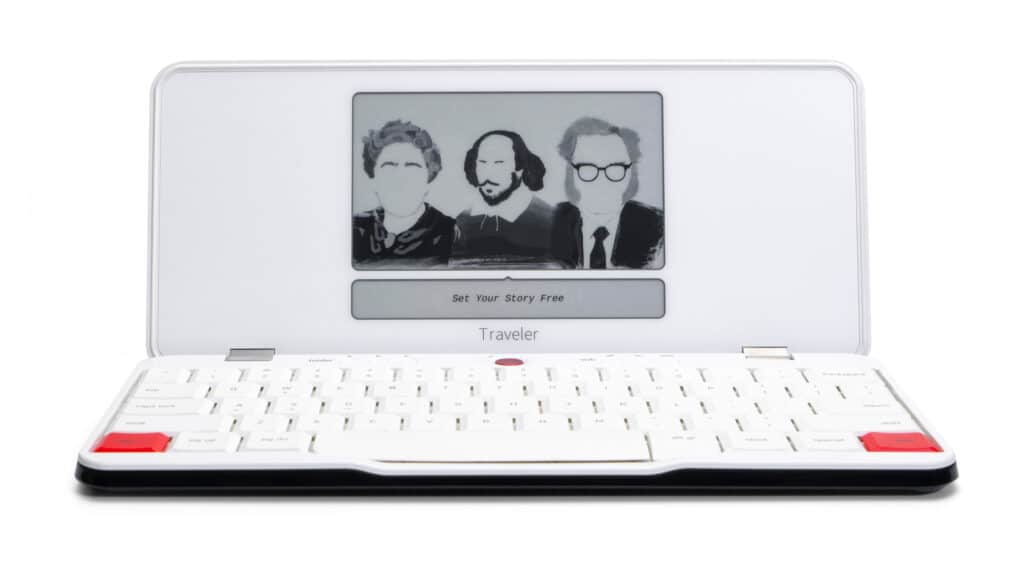 ASTROHAUS, the company behind the Freewrite Traveler is billing it as a distraction free device. It does not have email or social media and no notifications of any kind. It is primarily aimed at writers who want a replacement from their laptop or tablet. I know many authors that love this device, because they can just write, and not really have to worry about anything else. The battery lasts for over a month of constant usage. This is also aimed at an international audience, you can write it over 30 different languages. 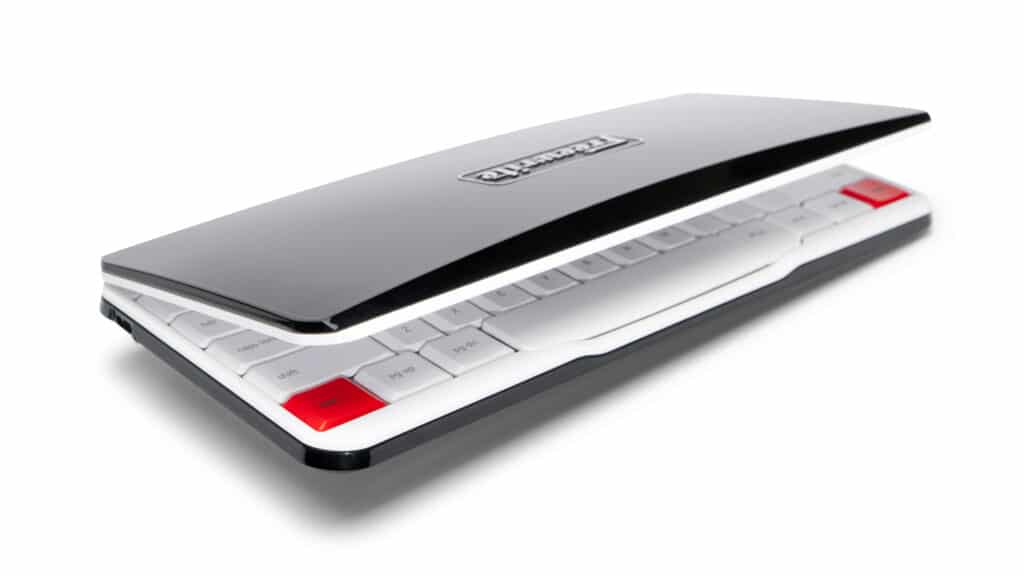 What are some of the key selling points of the Traveller vs the Freewrite Gen 2, we reviewed about a year ago? This seems more of a polished device. It is more portable, weighs less and also has hotkey enabled arrow keys, so you can move your cursor around the document. It also has a 90 degree viewing angle and can close completely, for portability.

It is available now for $429.00 from the Freewrite website.