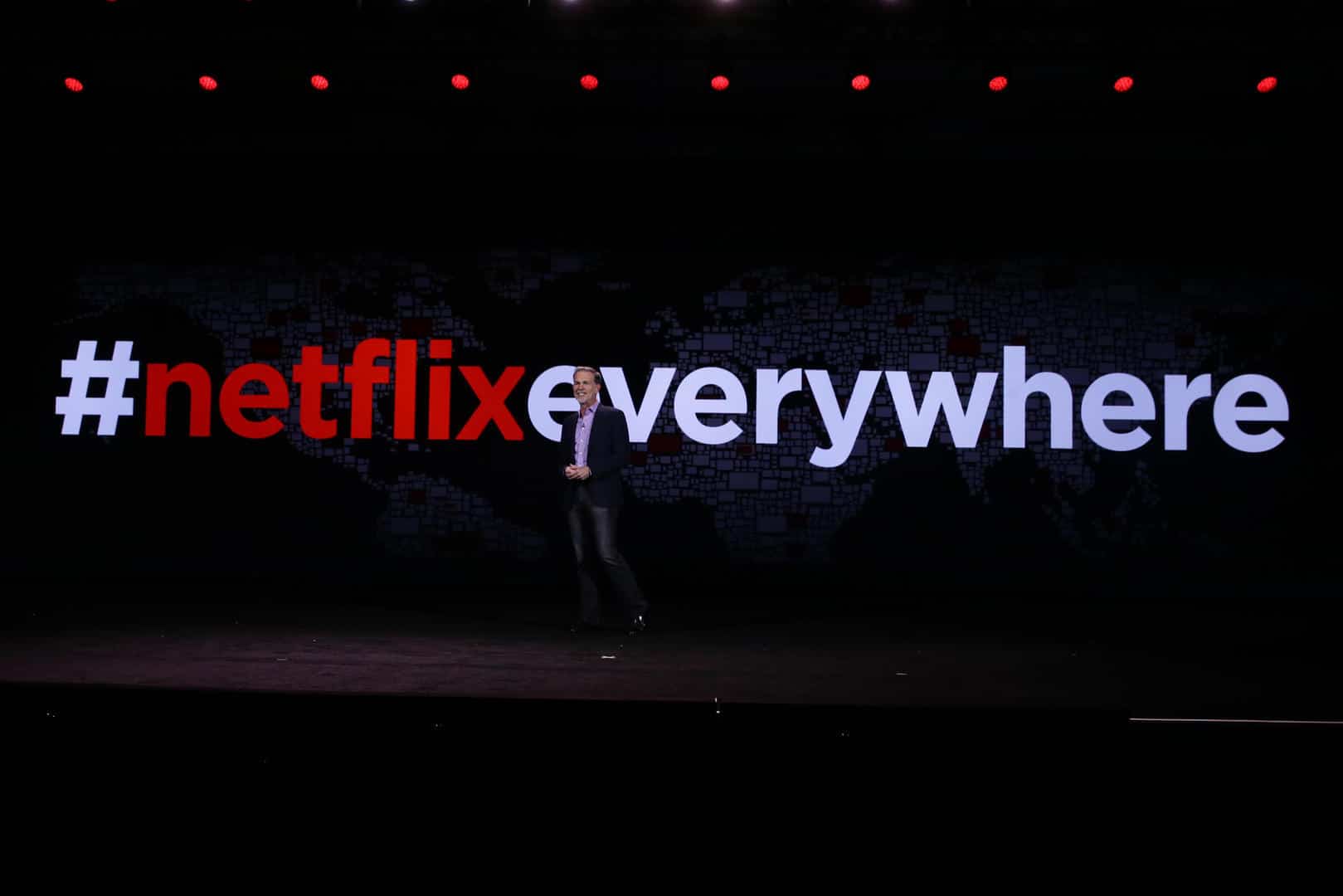 Netflix has dropped a bombshell at this years Consumer Electronics Show. The company announced that it has truly gone global and is now available in over 180 different countries.

Co-founder and Chief Executive Reed Hasting said “Today you are witnessing the birth of a new global Internet TV network,” said Hastings. “With this launch, consumers around the world — from Singapore to St. Petersburg, from San Francisco to Sao Paulo — will be able to enjoy TV shows and movies simultaneously — no more waiting. With the help of the Internet, we are putting power in consumers’ hands to watch whenever, wherever and on whatever device.”

For one monthly price, members around the world will be able to enjoy Netflix original series including Marvel’s Daredevil and Marvel’s Jessica Jones, Narcos, Sense8, Grace and Frankie, and Marco Polo, as well as a catalog of licensed TV shows and movies. In 2016, the company plans to release 31 new and returning original series, two dozen original feature films and documentaries, a wide range of stand-up comedy specials and 30 original kids series — available at the same time to members everywhere.

While largely available in English in most new countries, Netflix today added Arabic, Korean, Simplified and Traditional Chinese to the 17 languages it already supports.

“From today onwards, we will listen and we will learn, gradually adding more languages, more content and more ways for people to engage with Netflix,” said Hastings. “We’re looking forward to bringing great stories from all over the world to people all over the world.”

Netflix will not yet be available in China, though the company continues to explore options for providing the service. It also won’t be available in Crimea, North Korea and Syria due to U.S. government restrictions on American companies.