The Good e-Reader Android App Store was first unveiled a few weeks ago when we rolled out our web version tailored to e-readers and tablets. Since then we have amassed a collection of almost 200 apps that are basically our top picks of the very best. We are diligently working on an actual Android App that will be your portal to downloading apps directly to your Kobo Vox, Kindle … END_OF_DOCUMENT_TOKEN_TO_BE_REPLACED 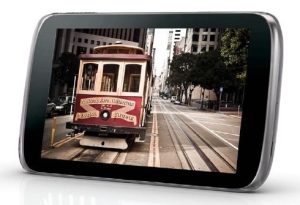 Chinese manufacturer ZTE is out to pamper the western tablet buying crowd with a host of tablet offerings. Like ZTE is readying the Light Tab 2 tablet device for a launch in the UK next month. ZTE isn't revealing exactly when the tablet will be launched though we are almost into the next month and the wait won't be too long.As for the Light Tab 2 specs, its a 1.4 GHz … END_OF_DOCUMENT_TOKEN_TO_BE_REPLACED 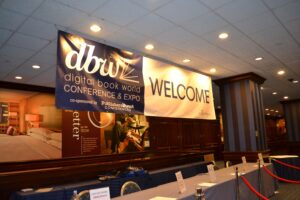 GoodEReader attended this year’s Digital Book World conference in New York and met up with an amazing crew of attendees from various arms of the publishing world. Agents, editors, and publishing executives were on hand to hear from the many representatives from across the digital publishing spectrum. These experts on ebooks were presenters, panelists, moderators, and exhibitors … END_OF_DOCUMENT_TOKEN_TO_BE_REPLACED 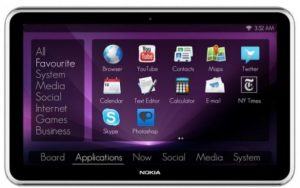 We already have come across rumors of Nokia working on a tablet device running the Windows 8 OS. Well, we've heard this before, though this time it is more credible what with Nokia's commitment to the Windows platform, so that a Windows 8 powered tablet in the future does hold water.If that isn't enough, Nokia CEO Stephen Elop has also added some fuel to the rumor fire … END_OF_DOCUMENT_TOKEN_TO_BE_REPLACED 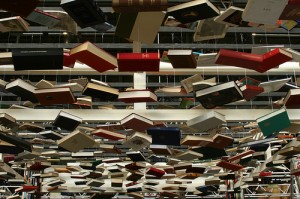 Independent writers and authors have a mountain to climb to see their books rise in the sales charts of various self-publishing companies. It sometimes feels like you have to be a jack of all trades in order to write the book, do cover art, format it correctly, submit it, and then promote the book yourself.  Today we are going to look at some of the most cost effective ways … END_OF_DOCUMENT_TOKEN_TO_BE_REPLACED 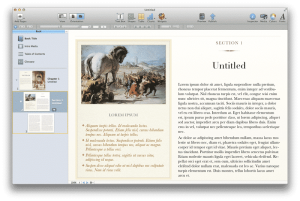 Teachers at the Madison School District will soon be seen doling out brand new iPad tablet devices to the students. This isn't the first time that we are coming across a school adopting the apple tablet, though this time Microsoft is paying the bill.Wisconsin, along with 18 other states, had filed a lawsuit against Microsoft almost a decade ago accusing the tech giant of … END_OF_DOCUMENT_TOKEN_TO_BE_REPLACED 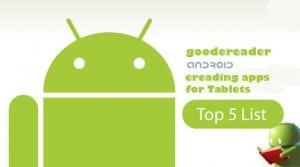 Google Android continues to enjoy being one of the most heavily used operating systems for tablets and phones. This is a robust operating system that is easy to license and many vendors relish in the constant attention the big G brings to their companies. If you have an Android Tablet, e-reader, or phone, you might find yourself in the position that you have no access to some … END_OF_DOCUMENT_TOKEN_TO_BE_REPLACED 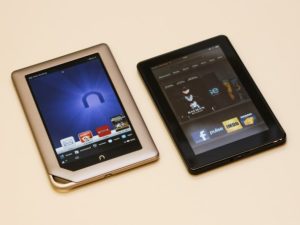 That there has been a marked rise in sales of Android tablets, as found out by research firm Strategy Analytics. The study reveals 10.5 million units of Android based tablets had being shipped in the last quarter of 2011. The figure indicates an increase by a whooping 300 percent over the same period a year earlier. Android devices now command 39 percent market share of the … END_OF_DOCUMENT_TOKEN_TO_BE_REPLACED 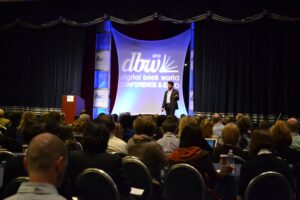 Most of the big names in electronic reading—Amazon, Barnes and Noble, Kobo—like to keep a lid on all information about things like sales figures on devices, numbers of ebooks sold, and more. So when Amazon’s VP of Kindle Content Russ Grandinetti took the main stage at Digital Book World and enlightened the publishing industry crowd about some of that information, everyone paid … END_OF_DOCUMENT_TOKEN_TO_BE_REPLACED

Since the CES is over, the entire tech world is now focused on the upcoming MCW event right now and the rumor machine is picking up pace. Samsung is expected to introduce an upgraded Galaxy Tab which would have a 2 GHz Exynos 5250CPU. The Galaxy Tab 10.1 is already a year old and is therefore due for an upgrade.According to the rumor, the tablet would have a 10.1 inch … END_OF_DOCUMENT_TOKEN_TO_BE_REPLACED 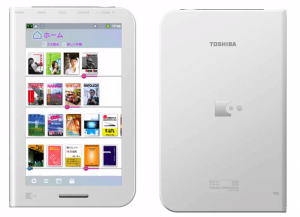 Toshiba is putting the finishing touches on a brand new color e-readers to compete with Fujitsu in the land of the Rising Sun. It is officially due out on February 10th and taps into the Toshiba BookPlace ecosystem.The Toshiba BookPlace features a 7 inch TFT LCD display with a resolution of 600x1024 pixels. It is powered by a Freescale i.MX535 1 GHZ CPU Processor and 1 GB … END_OF_DOCUMENT_TOKEN_TO_BE_REPLACED