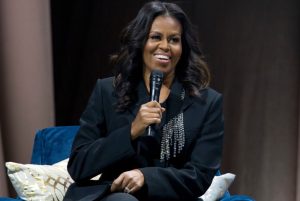 Michelle Obama's autobiography Becoming is the number one bestselling book in the world. Which is shocking considering it only came out on November 13th. On the very first day it sold 725,000 copies and 17 days later it has sold a staggering 3.4 million copies in Canada and the United States. This includes audiobook sales, ebooks and large print editions. Sales are brisk in … END_OF_DOCUMENT_TOKEN_TO_BE_REPLACED 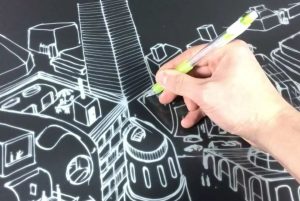 There are plenty of digital note taking devices on the market such as the Sony Digital Paper, Remarkable and the Onyx Boox Note. E Ink has just created some new technology that might revolutionize the way we draw on an e-paper screen.E Ink is calling this new tech JustWrite and it delivers a natural writing experience without the use of a TFT backplane. Exhibiting almost no … END_OF_DOCUMENT_TOKEN_TO_BE_REPLACED 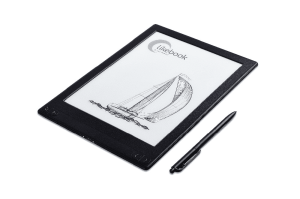 The Boyue Likebook Mimas is now available as a pre-order on the Good e-Reader Store. This product will be released sometime in the next few months, as Boyue is currently developing English firmware. For those of you that wanted a 10.3 inch octa-core e-reader with color temperature system and a WACOM screen, this product might be for you!The Boyue Likebook Mimas features a … END_OF_DOCUMENT_TOKEN_TO_BE_REPLACED 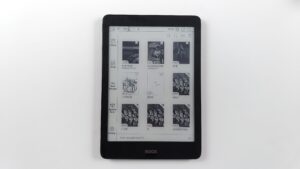 There has been a lot of interest in the new Onyx Boox Nova e-reader. This is likely due to the 7.8 inch screen and great hardware specs. It was primarily designed to be an e-book reader and has full compatibility with Google Play to download apps. Is the Nova a worthy contender against the Kobo Forma or the Kindle Oasis 2?Hardware and SoftwareThe Nova feature a … END_OF_DOCUMENT_TOKEN_TO_BE_REPLACED 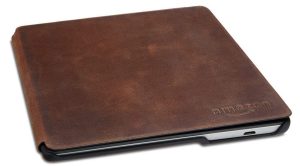 Amazon went back to the drawing board a few months ago and developed second generation cases with a better magnet system for the Kindle Oasis 2. In early November they released a few new products, a fabric cover that were fairly cheap and a leather case, that came in two colors. Amazon has just developed a premium leather case for the Oasis 2, and it looks like real … END_OF_DOCUMENT_TOKEN_TO_BE_REPLACED 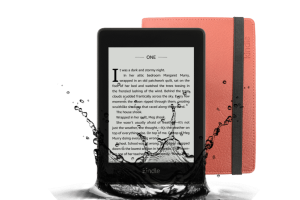 The Kindle Paperwhite 4 has only been available for just over a month and it has already received some early promotions. In the past week Amazon launched a six month free subscription to Kindle Unlimited when you bought the PW4, but it has since expired. The Paperwhite 4 also received a slight discount in the United Kingdom, but so far no other country has received a price … END_OF_DOCUMENT_TOKEN_TO_BE_REPLACED 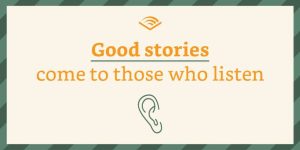 Audiobooks are the fastest growing segment in publishing, but it is hard to find resources. Hardly anyone is reviewing them on a regular basis and it is difficult to know what new titles are coming out or if the narration is any good. In order to assist audiobook lovers, Good e-Reader would like to review our resources list, which keeps tabs on everything new coming out and if … END_OF_DOCUMENT_TOKEN_TO_BE_REPLACED 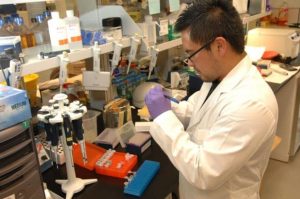 The digital publishing revolution is so old that a great many reading consumers might not be able to envision a time when they couldn't simply pop online to order a book, download a new title from their favorite author, or use an app or PDF for supplemental book material. eBooks and digital publishing have simply become a part of everyday life for many people.But there's … END_OF_DOCUMENT_TOKEN_TO_BE_REPLACED 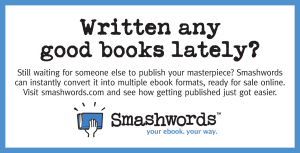 There's little doubt that Amazon has changed everything about publishing. It's not just a matter of opening the doors for indie authors, producing a viable e-reader device and then creating a platform for content to fill it, or leveraging the power of enhanced searchability to give authors potential visibility. Amazon has even sparked change in traditional publishing, such as … END_OF_DOCUMENT_TOKEN_TO_BE_REPLACED

A couple of weeks ago, prolific author, advocate, and self-pub expert David Gaughran published a blog piece on a disturbing phenomenon: international customers were having trouble buying titles that had been published via KDP. The post had over 100 comments in the first twenty-four hours, largely from authors who detailed their own problems with trying to sell their books on … END_OF_DOCUMENT_TOKEN_TO_BE_REPLACED

The Onyx Boox Poke is the first six inch e-reader that has a quad-core processor. This device is running Android, so the extra power will really make a difference when running apps such as Kindle, Kobo or Nook.The Onyx Boox Poke is the world’s first quad-core e-reader. This device is available now for $159, which is rather solid for the hardware specs it provides.  The Poke … END_OF_DOCUMENT_TOKEN_TO_BE_REPLACED