You are here: Home / Audiobook News / Amazon Discontinues their Whispersync for Voice Promotion 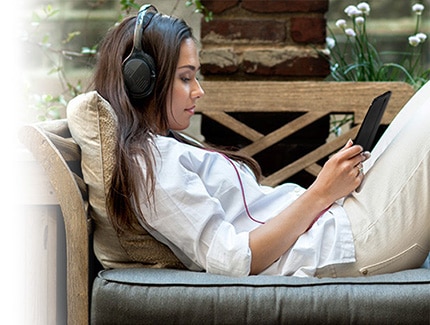 Amazon has been running their Whispersync for Voice promotion for the past five years. This was a promotional system where every month Amazon would giveaway a free classic audiobook each month. When a user downloaded the free ebook and audiobook, it would start immersion reading. This is where the word in an book would be highlighted as the audiobook plays. Amazon has just discontinued the program.

At the end of last month Amazon removed the box that advertises the monthly freebie from the main Whispersync for Voice page at Amazon. They also removed the landing page that advertised what free classic audiobook was available and provided a free download.

Amazon does not readily cancel things unless not many users were taking advantage of it. Amazon did not market it in their newsletter or even promote it to people who purchased audiobooks from Amazon or Audible. It remains to be seen if Amazon will relaunch the system sometime in the future, but for now it looks like the entire program has been killed.