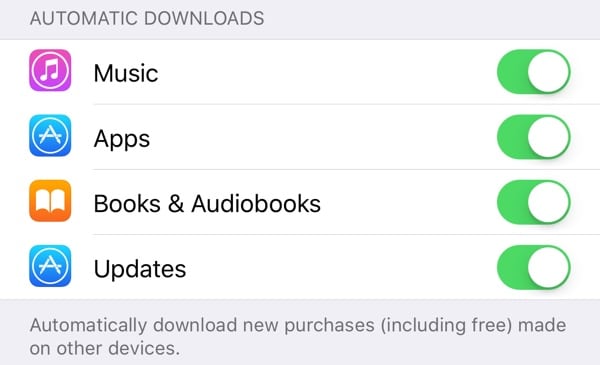 When Apple first started selling audiobooks users had to purchase them from the iTunes store and use the music app to listen to them. Last year, the company made it easier to discover new content by moving them from iTunes into the iBooks app. One of the biggest drawbacks about Apple audiobooks is that the purchases were not stored in iCloud, which basically means if you bought someone on your iPhone, you could not listen to it on your iPad.  After years of me moaning and groaning about this problem, it looks like apple has finally fixed it.

In iOS 9.3, audiobooks are available to be automatically downloaded to all iOS devices when purchased. In the Settings app under iTunes & App Store, “Books & Audiobooks” is now an option under Automatic Downloads. Previously, this section listed only books, leaving out audiobooks.

iOS 9.3 will also streamline the iBooks “Purchased” tab with deeper organizational options that sort books by category and it enables Family Sharing for audiobooks.

Apple has also quietly made a change to the way iTunes handles audiobooks. According to a support document on downloading past purchases, the change was made on March 3. Prior to that date, audiobooks could not be re-downloaded through iCloud and were only available if they were included in a backup made on a Mac or PC.