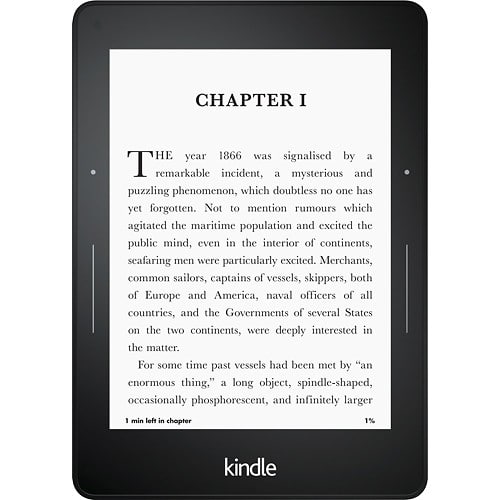 Amazon is running a sale for its entire line of e-readers, where you can save on average of around $20 dollars per  unit. Sadly, the Kindle Voyage is not included in this deal, which is not a surprise. In the sixteen months since its been released it only got discounted twice, during limited time Prime only sales. If you really want save some money on a Voyage, Best Buy of all places is offering a $20 discount in-store and online.

The Voyage is worth spending the extra money if you already have a Kindle e-reader and you buy a lot of e-books. It has a better quality screen and an ambient light sensor that will automatically adjust the brightness of the screen, depending on your environment. It also has page turn keys, which makes flipping numerous pages easier than the touchscreen only Kindles.