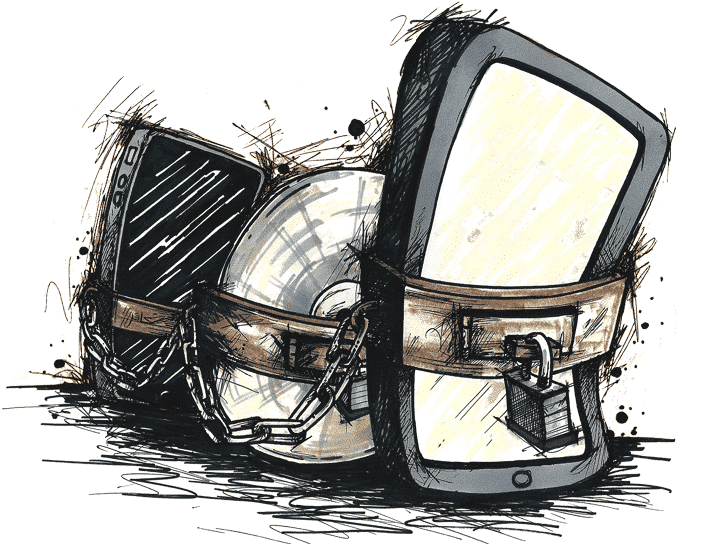 The audiobook market is dominated by Audible and in the United States they control 90% of the market. Audible sells audiobooks directly, but they also are the largest distributor to Apple iBooks. When Amazon acquired the company back in 2008 for $300 million and at the time they said they were going to phase out DRM (Digital Rights Management), but it never happened. When you utterly control the market, there is no reason why you would want to change the business model. In 2018, many retailers and publishers are trying to go DRM-Free, in order to attract a new generation of customer.

Barnes and Noble Nook Audiobooks, Kobo Audiobooks, Downpour, Libro.fm, Google Audiobooks are frequently removing the DRM from their audiobooks in order to appeal to customers modern sensibilities.  Publishers such as Tantor, Harlequin, Books in Motion are also going scraping DRM.

When an audiobook does not have DRM it makes it easier to sideload them on multiple devices, such as your smartphone and tablet.  Alternative apps are also a key selling point, some of them are quite polished. One of the big advantages of going DRM-Free is that you do not need bulky software such as Adobe Digital Editions.

Audiobooks and Tape believes that “DRM is damaging to the industry. The base assumption when using DRM is that all users are thieves that want to share and pirate content. This assumption doesn’t sit well with us. DRM is designed to make files difficult to share or pirate but in reality there are ways around the embedded DRM. This means that someone who really wants to share or pirate can and will, and paying customers are inconvenienced by the DRM.”

Audiobooks are the fastest growing segment in digital publishing.  The format generated $2.8 billion dollars in the United States in 2017 and this is an increase of up 22.7% over 2016, and with a corresponding 21.5% increase in units sold. This continues the six-year audiobook trend of double-digit growth year over year.  There were 46,000 titles produced on audio in 2017, the most popular genres purchased were Mysteries/Thrillers/Suspense, Science Fiction, and Romance.

Audiobook sales have doubled in the United Kingdom in the past five years. In 2017 audiobook sales rose by 12% in volume and 15% in value and digital audio now accounts for 5% of consumer book spending. “Audiobook growth is an encouraging sign that the book consumer in 2017 had a good appetite for content in many formats,” Oliver Beldham, account manager at Nielsen Book Research, said. “The differing consumer profile also shows the reach that audio formats can have among buyers beyond the traditional book customer.”