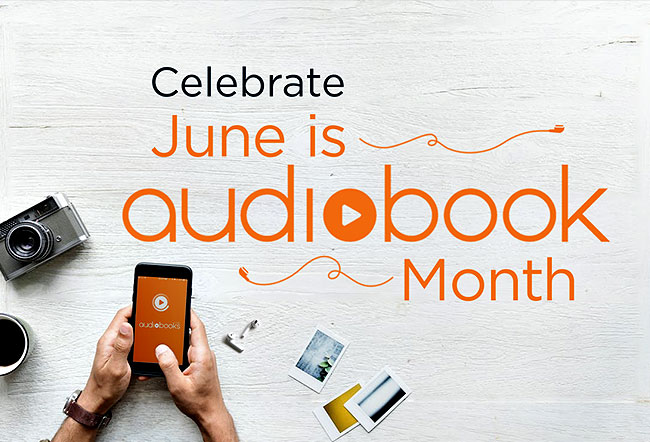 June is audiobook month and in the past hundreds of retailers all over the world ran various promotions and discounts to get more listeners enamoured with the format. Audiobooks are the fastest growing segment in digital publishing and major publishers have been releasing more titles this year, than any other year. This year, it doesn’t seem like anybody cares about audiobook month.

The Audiobook Publishers Association has spearheaded audiobook month for a number of years, but they have not announced anything yet for 2018. The organization normally hypes things up in May and ensures that retailers, narrators and publishers are running campaigns.

Audible is the largest audiobook retailer in the world and they have never supported audiobook month. They have never ran any promotions or discounts. Kobo audiobooks, Google Play Books, Storytel, Scribd and dozens of others have also never done anything and it looks like this trend will continue. The only company to really get behind June is Audiobook Month is Audiobooks.com

Audiobooks.com, an RBmedia company, is kicking off the summer by teaming up with select publishing partners to give away $57,220 in audiobooks in celebration of “June is Audiobook Month.”
With the generous participation of Recorded Books, Hachette Audio, Oasis Audio, HarperAudio and Scholastic, first in a series titles will be given away every Friday as part of a “Get Hooked on a Series” summer listening campaign. Giveaways will begin each Friday in June at 9 a.m. EST on their giveaway date, and will remain free until 500 redemptions have taken place.

Besides Audiobooks.com nobody cares about audiobook month anymore, in the past it was relevant because it was a relatively new format. It was important to educate people that digital is way better than CD’s and cassettes.  Enough people are buying digital now, that education is falling by the wayside and it’s business as usual.