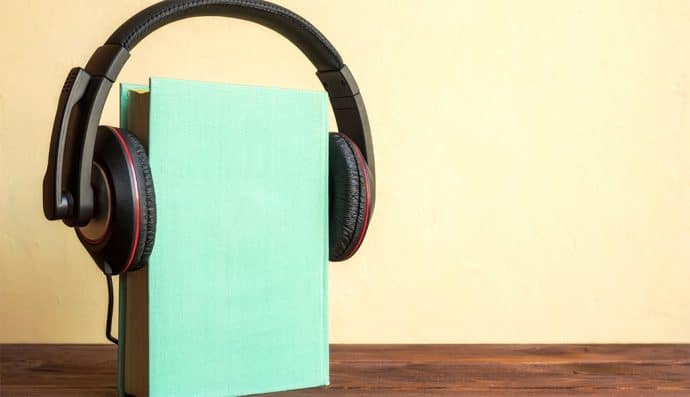 Major publishers are continuing to see strong gains from audiobooks in the first quarter of 2018. This is a period in which audiobook retailers such as Audible are experiencing higher than average revenue due to people getting new gadgets for Christmas.

HarperCollins stated that downloadable audio accounted for about 25% of all digital revenue in the recent period. Digital sales represented 22% of consumer revenue for the quarter—the same percentage the format accounted for in the quarter last year. Digital basically increased by 5% in the first three months of 2018.

Simon & Schuster CEO Carolyn Reidy said sales of digital audio jumped 43% in the period. This is primarily attributed to a 15% increase in the number of audiobooks they digitize and Reidy expects another 10% increase in 2018. The strong performance by digital audio helped to counter slight declines in print and e-book sales.

“Since Q1’s end we’ve had the spectacular news that Andrew Sean Greer’s brilliant and joyful novel Less was awarded the 2018 Pulitzer Prize for Fiction, and that Attica Locke received the Edgar Award for Best Novel for Bluebird, Bluebird. Our biggest book of the year, James Patterson and President Bill Clinton’s thriller The President Is Missing, goes on sale next month, and is certain to be a major publishing event.”

Penguin Random House did not break down revenue for the quarter, but in the past four months they have been expanding their audiobook unit. They hired Katie Bilboa as a new Executive Producer and will report to Richard Lennon, Editorial Director, Audio. Derek Withshire was tapped for the the role of Marketing & Communications Executive. Derek has become well known across the UK literary scene and beyond for his work on the Mostly Lit podcast and  will play a key role in  marketing campaigns across the full Penguin Random House audiobook list as part of the UK’s only in-house audiobook marketing unit.