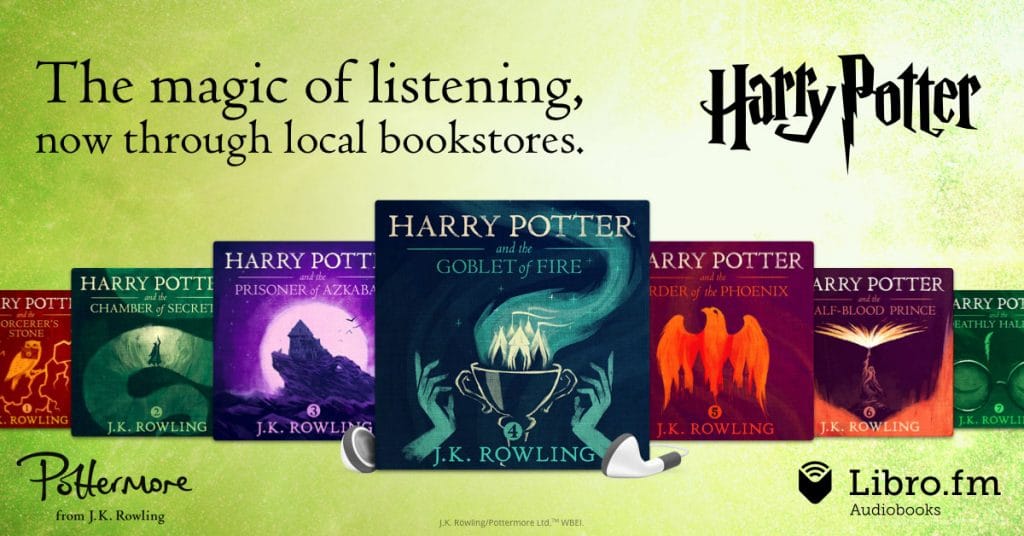 Libro.fm has slowly becoming one of the most comprehensive audiobook solutions for indie bookstores in the United States. They are a partner of the American Booksellers Association and they allow over 2,000 stores to earn commissions on audio titles that their patrons buy online. Today, Libro.fm has announced that they now have the complete Harry Potter audiobook collection for bookstores to sell.

Oren Teicher, American Booksellers Association CEO, said, “For two decades, the Harry Potter titles have held a singular spot on the shelves of independent bookstores, as young readers — who are now themselves parents of young readers — discovered the wonders of an amazing story and great writing. Indie booksellers look forward to this new opportunity to share J.K. Rowling’s remarkable series in digital audio.”