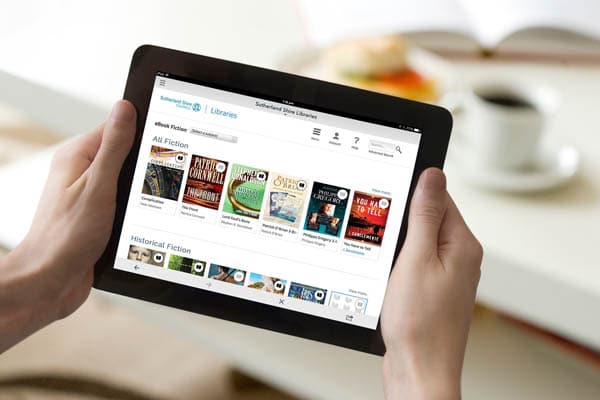 Rakuten Overdrive is the largest audiobook and e-book company that is involved in the digital library sector. They currently have a portfolio of 38,000 libraries and schools that do business with them, 2,000 of which signed up in 2017 alone. Overdrive has provided Good e-Reader with a status update on loan circulation for the first six months of the year.

“Much of this growth in audiobooks is attributable to the increasing popularity in the market, of course, as well as the increase in new audiobook content from suppliers. In addition, we’re seeing independent authors entering the audiobook market taking advantage of new services that allow access to narrators. Some of the services include Author’s Republic and ListenUp.  These are full service providers who combine production with distribution and marketing to help indie authors get their audiobooks to market.”

One of the big reasons why Overdrive is experiencing a huge spike in digital lending this year is primarily due to a new website they unveiled. It has dozens of innovative features including a simplified interface, readers are always one click away from discovering more titles and managing their checkouts. You can also browse all of the pre-released or “coming soon” titles and place a hold immediately. The other big component is a new app called Libby, which can do a few things that the main Overdrive app cannot. You can sign in to multiple libraries, with one or more library cards and all your holds and loans are consolidated on a single shelf. The main e-book reading app is also more advanced. You can think of Libby as more minimalist and robust than the main Overdrive Media Console.

Update:  Overdrive has just released a new statement “Last year, a record 49 different OverDrive digital library collections hit one million checkouts and we’re excited to announce that it looks like, once again, a new benchmark will be set. Records are meant to be broken, after all. In 2015, the number of library systems hitting one million checkouts was 33 and two years later we’re within range of doubling that amount. When we reached the end of June, 60 digital collections had surpassed 500,000+ circulations and another ten are just off that pace. In fact, 15 of them have already passed the one million checkout threshold.”