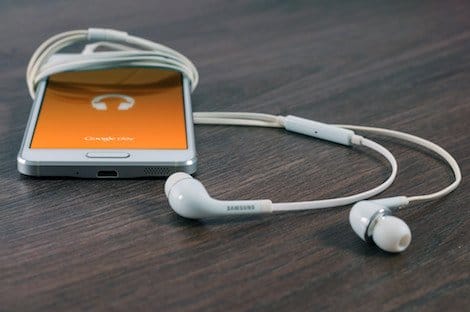 Publishers in the United Kingdom are generating significant revenue when it comes to digital books, but audiobooks still have a long way to go.  Just over half of UK publishers have seen growth in revenue from digital sales in the last year and ebooks now account for 33% of total sales.

One in four publishers saw the biggest year-on-year growth from audio, many publishers are still making no money from audiobooks direct, choosing instead to license the content to dedicated audiobook publishers or not acquire the rights in the first place.

The United States and Canada have are the worlds largest audiobook markets but in the UK they have yet to take off in a meaningful way. Publishers have disclosed that total sales are less than 5%, but many are bullish about the future. An in-depth report by Nielsen, issued last December, estimated the market was worth around £91m based on 10.9 million units sold in 2015, of which 60% were, downloads. Meanwhile the Publishers Association’s annual statistics released earlier this year showed the value of audiobook downloads to UK publishers increased by 28% in 2016, although it had the value at a much lower £16m.

Audible has the largest digital footprint in the UK and totally control the market. They have been operating in the UK for almost a decade and not only sell content from their standalone Audible service but also power almost the entire catalog of Apple iBooks.  You might say Audible is the only game in town, but this might change.

Last week Canadian audiobook service Audiobooks.com with a catalog of 70,000 titles launched in the United Kingdom. CEO Ian Small said He said there was a “great deal of potential” in the audiobook market and that the industry was “just at the start” of realising the potential in the market, citing the demographic shift and market expansion taking place in the sector during the past five years, especially with the growing popularity of podcasts which are now seen as “premium content”.

A few weeks ago Kobo launched their audiobook store and subscription based audiobook scheme.  They are offering customers one download a month for a £6.99 monthly subscription fee.  The company said subscribers could redeem their monthly credit for any audiobook at Kobo.com, even if its list price is higher and customers have the option to purchase a three-pack of credits for £19.99.

Michael Tamblyn, CEO of Rakuten Kobo Inc said audio books help readers consume more books.  “We have more books than time, always. Audiobooks let our readers fit the books they love into more parts of their day,” he said.  “Audio lets you be in two places at once—exploring the galaxy on the daily commute, solving a crime while doing the laundry, or wherever you want your favorite story to take you.”