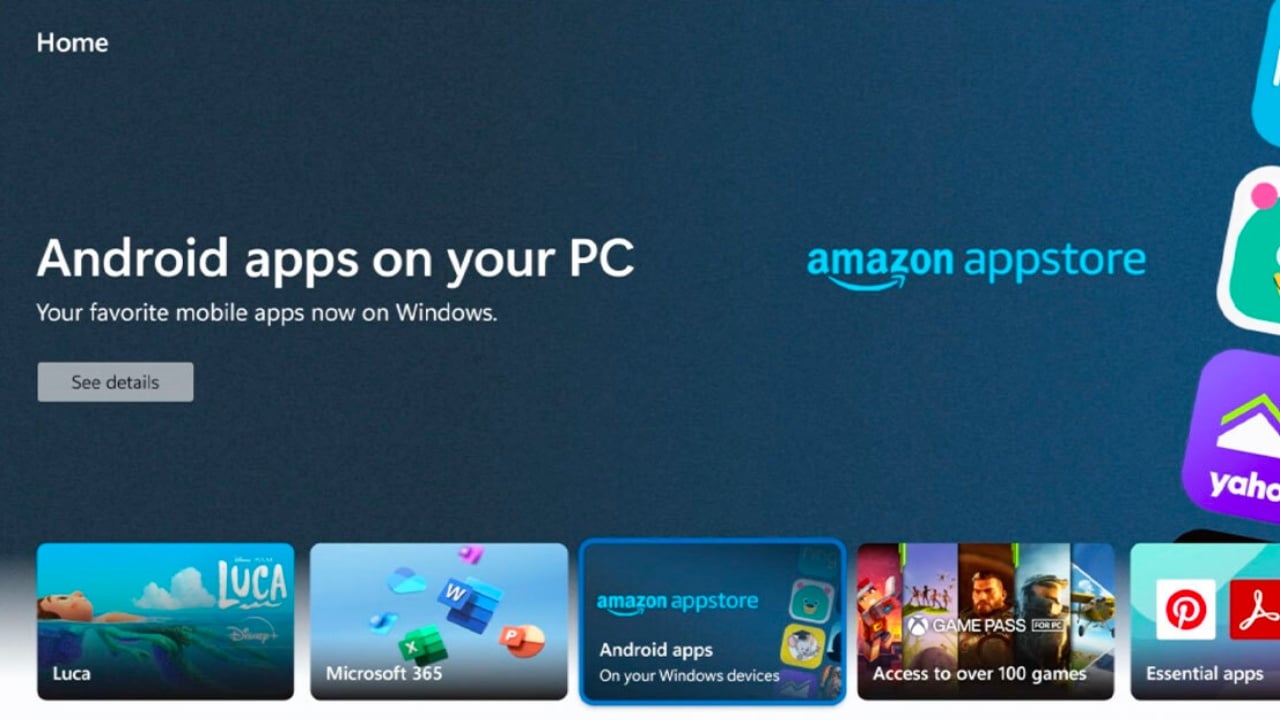 Windows 11 will be available for release later this year and Insiders will be the first ones that can take it out for a test drive. One of the most compelling aspects about the total redesign, is the inclusion and support for running native Android apps. Microsoft signed a deal with Amazon to provide a wellspring of apps in the Windows Store. You just need to login to your Amazon account and all of the apps will be searchable within the MS Store. We all know that Amazon has a respectable repository of apps, around 600,000 of them, but they are often out of date compared to their Play Store counterparts. So what happens if you want to install an Android app, that isn’t listed in the store? Well, Windows 11 has support for sideloading apps.

Microsoft Engineer Miguel de Icaza confirmed that Windows 11 will support sideloading. This will give people the ability to download and install APK files from the wilds of the internet, but also for open source stores like F-Droid and the ability to install apps from the browser, such as those from APKMirror. It will probably be only a matter of time before someone gets the entire Google Play Store working.

Why would you want to sideload apps anyways? Amazon is missing almost all of the Google Apps and Slack. Independent developers and even big brands tend to focus on Google Play, which has the largest userbase. Amazon severely lacks lots of good alternative e-reading, comics, manga, newspaper, magazines and webtoons apps. Not to mention Android developers, who want to test how their apps work on Windows, will need to sideload.