Michael Kozlowski is the Editor in Chief of Good e-Reader. He has been writing about audiobooks and e-readers for the past ten years. His articles have been picked up by major and local news sources and websites such as the CNET, Engadget, Huffington Post and Verge. 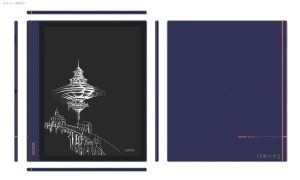 The Onyx Boox Note Air 2 has the same design principals as the first generation model. It has a black bezel with nice blue accents on the left side of the screen and the back with gives it contrast. It basically gives you a very nice metal look, which stands out in a crowded market of piano black color schemes. It has some subtle hardware upgrades, which makes it a natural … END_OF_DOCUMENT_TOKEN_TO_BE_REPLACED 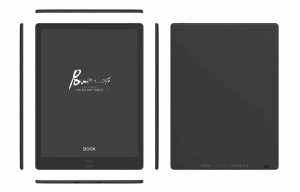 Onyx Boox has just announced the Max Lumi 2, which is a 13.3 inch digital note taking device. This product will go on sale on the end of the month, although pricing is not available. It has a front-lit display and color temperature system, which makes it the only 13.3 on the market to have a lighting system. It also has Android 11 and full access to the Google Play … END_OF_DOCUMENT_TOKEN_TO_BE_REPLACED The Amazon Kindle Oasis 3 came out in 2019 and this might be the last release. The one big advantage of this e-reader was the 7 inch screen and 300 PPI resolution. When this model came out, all other readers in the company's portfolio was only six inches and there is something compelling with having more screen real estate to read text on. The Oasis days are numbered with the … END_OF_DOCUMENT_TOKEN_TO_BE_REPLACED 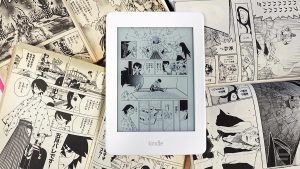 Comixology has just announced that starting today, users will be able to read digital comics from their platform on the Kindle app for Android and iOS. The feature is not turning on by default, so if you want to read them, all you have to do is click on “Show your comiXology books” on your comiXology settings page. Next, head to your Kindle app and pull down to refresh and your … END_OF_DOCUMENT_TOKEN_TO_BE_REPLACED 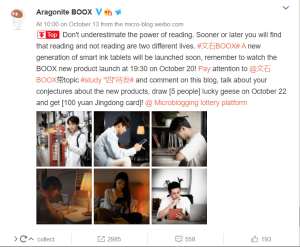 Onyx Boox has some new devices that are ready to be announced. The company posted on their Weibo account that they are having a product release event on October 20th, 2021. It remains unclear if they are are going to release a single new e-reader or e-note, or if they have a few that will be unveiled.Normally, Onyx refreshes their entire lineup every year with better … END_OF_DOCUMENT_TOKEN_TO_BE_REPLACED One of the great things about choosing a Fujitsu Quaderno, is that the company regularly pushes out new firmware updates, providing plenty of new features and enhancements. A couple of days ago the company released 1.100.09250 for the second generation Quaderno A4 and A5. They have improved functions related to handwriting, such as pen pressure. They now support the charging … END_OF_DOCUMENT_TOKEN_TO_BE_REPLACED

Readmoo has just announced the Mooink Pro 2 A4, which is a brand new 13.3 inch digital note taking device. It is based on the same hardware as the Fujitsu Quaderno A4, but geared towards a traditional Chinese audience and does not have an English mode. Readmoo is based in Taiwan and has been making e-readers and e-notes for a number of years and has a great track record. This … END_OF_DOCUMENT_TOKEN_TO_BE_REPLACED 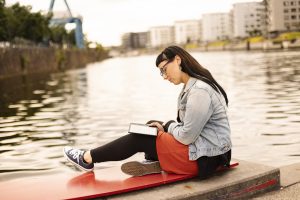 Tolino has disclosed to Good e-Reader that they have a new ebook reader they are going to be releasing next week. The hardware is based on the Kobo Libra 2, but the software has been dramatically improved. This is primarily due to the new Android operating system, they have moved from an older version to 8.1 and the inclusion of new CPU.The Tolino Vision 6 features a 7-inch … END_OF_DOCUMENT_TOKEN_TO_BE_REPLACED 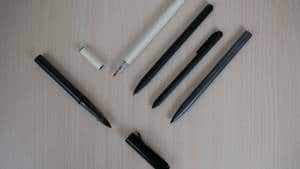 Digital Stationary for E INK based e-notes has been a growing segment for the past few years. There have been many new entrants to the field who have developed WACOM and EMR compatible styluses.  Many of these products would be considered premium and do not come for free, with the purchase of an e-note, such as an Onyx Boox, Remarkable or Fujitsu Quaderno. With so many options … END_OF_DOCUMENT_TOKEN_TO_BE_REPLACED 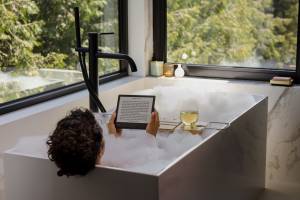 The Kobo Sage is going to be released next week and this device is garnering a ton of attention. It has a large 8 inch screen and can be used to take notes and annotations with the Kobo Stylus. The hardware performance has been dramatically improved with a quad core processor and finally a USB-C port. This is the first Kobo branded e-reader to have an audiobook store, in … END_OF_DOCUMENT_TOKEN_TO_BE_REPLACED 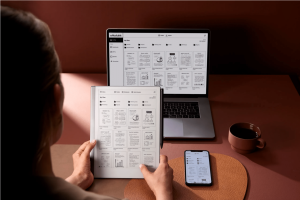 Good e-Reader broke the news last month that Remarkable was secretly developing a new subscription system that would give premium access to paid users. The company has now officially unveiled two different tiers that would only apply to people who have never had a Remarkable before and purchases it after October 12th, 2021. In order to sweeten the deal, new users can get $100 … END_OF_DOCUMENT_TOKEN_TO_BE_REPLACED 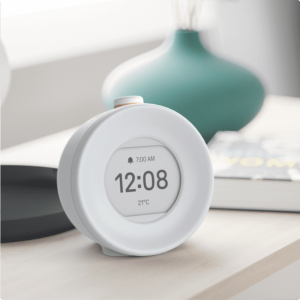 Mudita is finally gearing up to ship our their E INK phone, which they crowdfunded the development of it a couple of years ago. The company has just developed a new product, an Alarm Clock with an e-paper display. Mudita Harmony is your sleep companion which helps you establish healthy bedtime habits, improve the quality of your sleep, as well as bring you a sense of calm. … END_OF_DOCUMENT_TOKEN_TO_BE_REPLACED