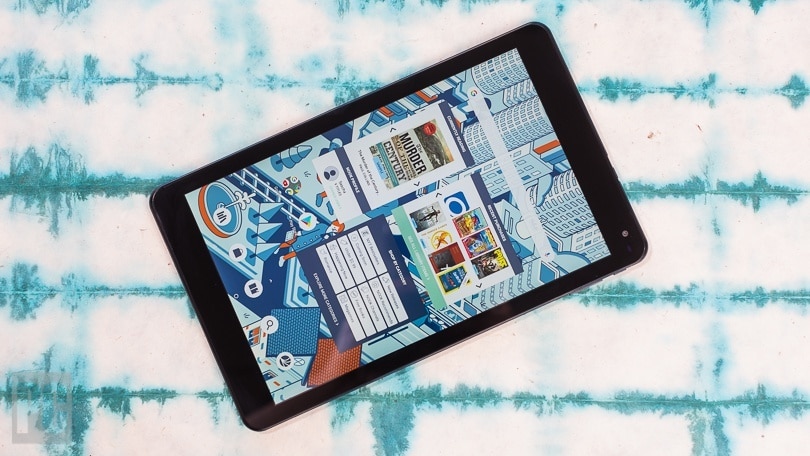 Barnes and Noble is going to be releasing a new Nook Tablet next week. Lenovo will be designing it, which means it should have high build quality. It will have access to the Google Play Store and will have the Nook e-reading and audiobook apps preinstalled. It is currently unknown what size screen it will have and what type of hardware spes it will employ.

The last few tablets that the bookseller released, the Nook 7 and Nook 10.3 were designed by Shenzhen Jingwah, which is located in China. Quickly after release, it was discovered that there were backdoors installed on the devices and a bunch of malware. They came out in 2018 so they are getting long in the tooth. Barnes and Noble discontinued them in the summer of 2020. At the very least, Lenovo is a more trusted brand name.

Recently, it is been hard to come by Nook e-readers. The Nook Glowlight 3 and Nook Glowlight Plus 7.8 have been out of stock on the Barnes and Noble website and most stores are completely sold out. Susan McCulloch, Barnes & Noble’s senior director for Nook operations told Good e-Reader that the lack of stock is actually due to “exceptionally strong” sales of the two products, which McCulloch credits to an increase in reading over the past year. “As problems go, of course, this is a bitter-sweet one for a retailer,” she added.  The Nook line of e-readers will have a stock replenishment sometime this Spring.

There are millions of people who are heavily invested in the Nook ecosystem and have purchased a ton of digital content. The Lenovo based Nook tablet will likely sell very well, considering this will be their first new tablet in three years. One of the big advantages of buying this kind of device from B&N is that you can go to their retail stores and try before you buy, if there is any problems with it, such as a broken screen or it simply doesn’t work, the bookseller is very good with just swapping out the damaged one, with a new model, the same day.