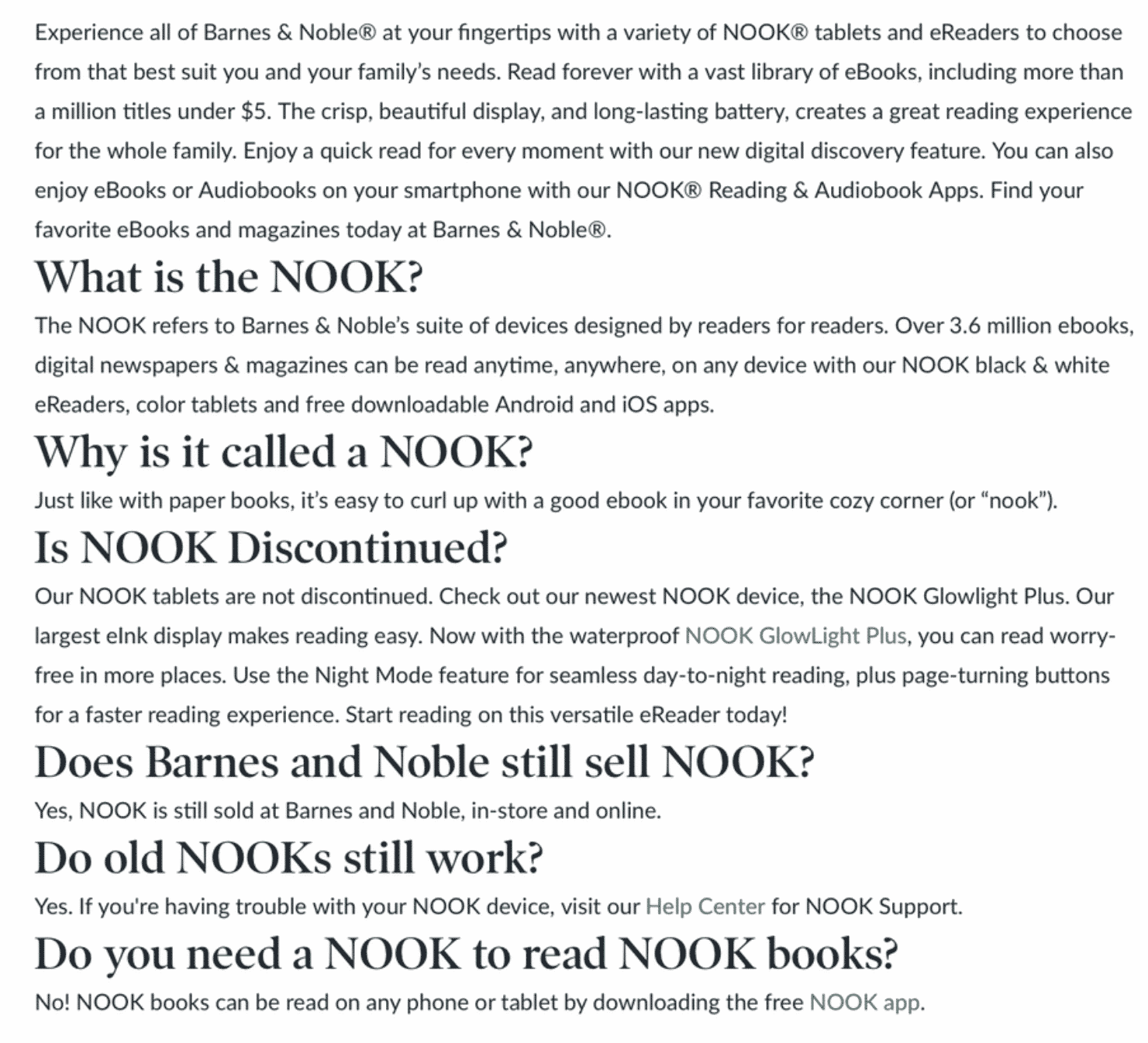 Barnes and Noble redesigned their website a couple of years ago, although their Nook FAQ page leaves something to be desired. If you take a look at it, it basically is imploring people that the Nook e-reader is not dead and they have not abandoned selling tablets, although they haven’t actually sold any on online store since the summer of 2020.

The Nook ceased to be a relevant player in the e-reader industry for the past six years, the bookseller no longer promotes it in their stores, a few years ago they removed all Nook signage and demo stations and moved them to the customer service section of the store, where nobody would actually look to buy a new e-reader. Whereas all other stores that sell e-reders, such as Walmart, Target, Amazon Bookstores, Chapters Indigo have big sections, where you can play around with the devices, before you buy them. Nook? You can’t even try before you buy, at the bookstore.

I find it deeply amusing that B&N had to issue this FAQ, they likely receive so many questions if the e-reader is dead or not, they had to issue it. I wonder how many people are actually asking them, that warranted it.