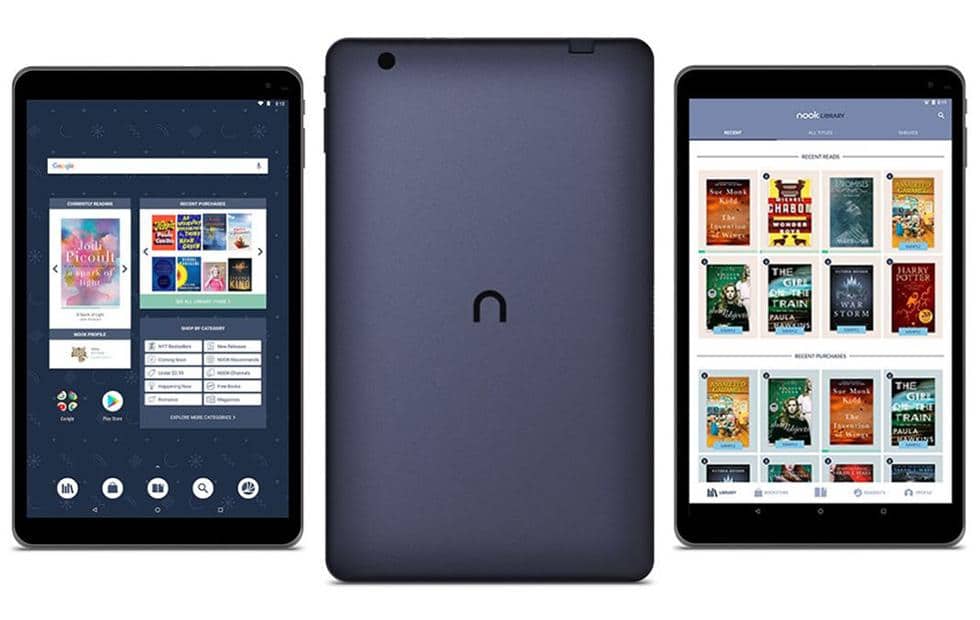 Barnes and Noble removed  all of their tablets from the website back in July. They deleted all of the product listings and removed them from their official channels on Amazon and Ebay. When I first published this story, Nook PR wrote to me and said this would be temporary, but this is not the case. Five months later, there is a single product listing for the Nook 10.1, and nothing else.

The booksellers first foray into tablets came in 2010, when the released the Nook Color. This was a huge seller for them and came at a time when there were no entrenched competition, such as the iPad. Over the next few years they released the Nook HD and Nook HD+ and then subcontracted their tablet division to Samsung in 2014. Over the next four years, Samsung would provide the Android hardware and B&N would sell them online and in-store.  This contract was terrible for B&N, they had to put a firm commit for almost 1 million tablets and sold nowhere close to that figure and took a huge loss. In 2017 B&N decided to try their luck at tablets again and contracted it out to a Chinese firm. The Nook Tablet 7 was the fruit of that labor and later the Nook Tablet 10.1 was released. One year later they issued a second generation model. This was the last series of tablets they ever made or contracted out.

I believe the US tablet market is overly saturated and this is the only country that B&N current operates. It is almost impossible to compete, on the low end you have Amazon and Samsung and expensive tablets are dominated by Apple. Everyone who wants a tablet already has one, you don’t need to buy an Android tablet from B&N, since you can just install their app on the device of  your choice. Instead of B&N making new tablets, they should just focus on e-readers.