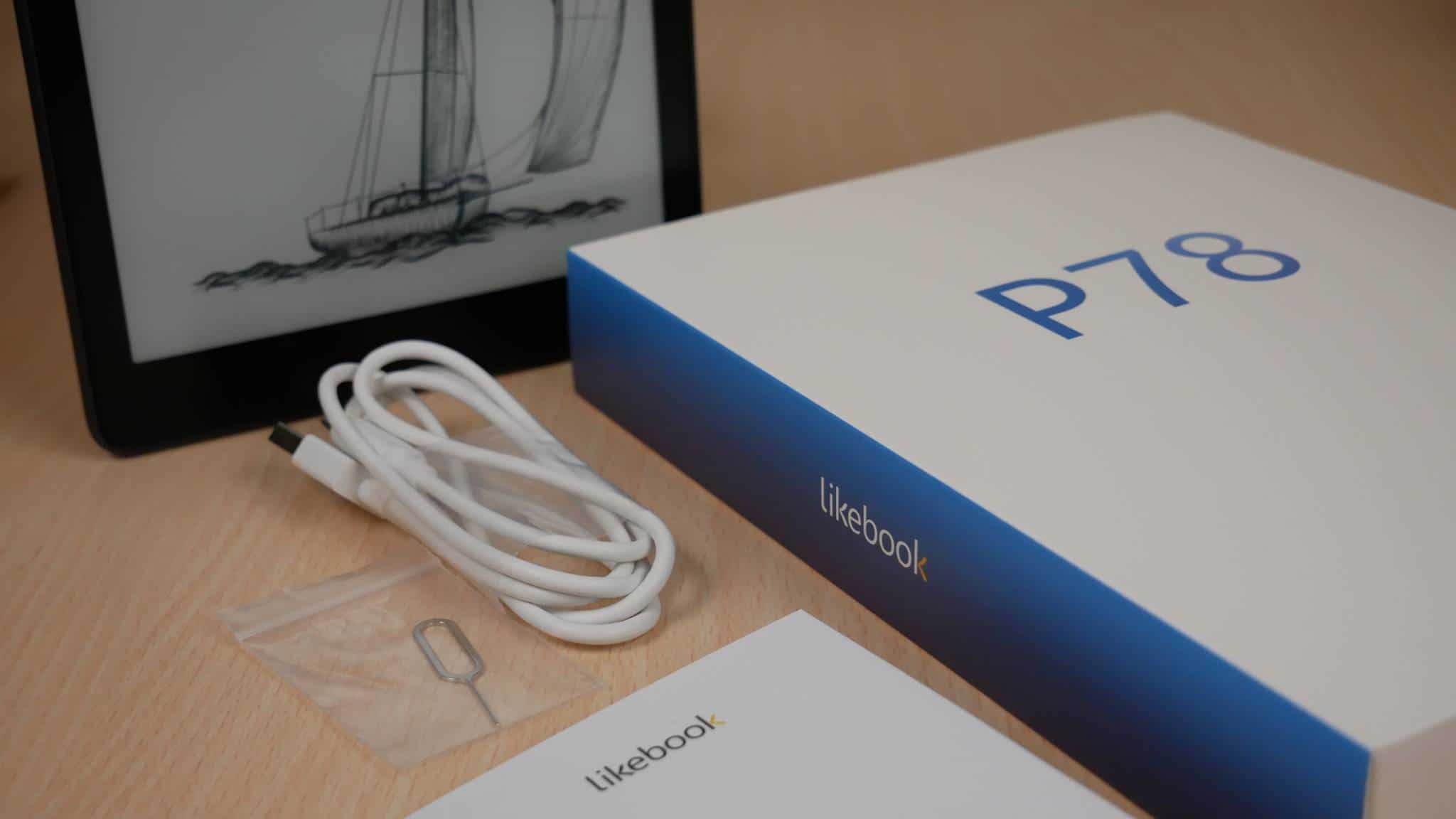 The Boyue Likebook P78 is a brand new e-reader that just came out a couple of days ago. This is a dedicated e-reader with no note taking functionality and basically replaces both the Likebook Mars and Likebook Muses. You will be able to read your own personal collection of ebooks, by sideloading them in. There is also an option to download apps via Google Play, it is running Android 8.1. It is very affordable to retails for It comes with a free case and retails for $239 from the Good e-Reader Store.

This e-reader features a 7.8 inch E INK Carta HD e-paper display with a resolution of 1872×1404 with 300 PPI. The screen is completely flush with the bezel and protected by a layer of glass.It has a front-light and color temperature system, which means it has both white and amber LED lights, giving you tremendous flexibility to control the luminosity, day or night.

Underneath the hood is a 1.6 GHZ quad core processor, 2GB of RAM and 32GB of internal storage. Boyue is still one of the few remaining brands that supports an SD card, which is capable of 256GB of additional storage. You can listen to audiobooks, music and podcasts via the stereo speakers or wireless with Bluetooth 5.0. It has WIFI, so you can surf the internet or use any apps that require a connection. The device has a USB-C connection, so you can charge it with your PC/MAC or with a wall charger. It is powered by a respectable 3200 mAH battery and the dimensions are 197.2x138x8mm and weighs 267g.

The retail packaging is fairly nondescript, it has a plain white color scheme with the model number and company name on the front and on the side, which is reminiscent of the spine of a book. On the back is just plain white, with some text on the bottom, with a few icons representing the key selling points, such as Bluetooth, Android version, easy on the eyes, front-lit display, WIFI, and screen size.

The color scheme of the P78 is piano black and the sides of the bezel are nice and thin, but the top and bottom are larger, this is because this is where the battery and components normally are. The back of the e-reader has a nice deep blue color scheme with the Likebook logo. On the top is the power button on the right side is the SD card and on the bottom are two speakers and the USB-C port.

One of the cool aspects of the P78 is that it supports a myriad of system languages, including English. This makes it extremely viable for your daily driver. Boyue and Onyx are the only two e-reader brands in the world that have Google Play on their devices, so if downloading apps and automatically keeping them up to date is compelling, the P78 really really excels in this department.