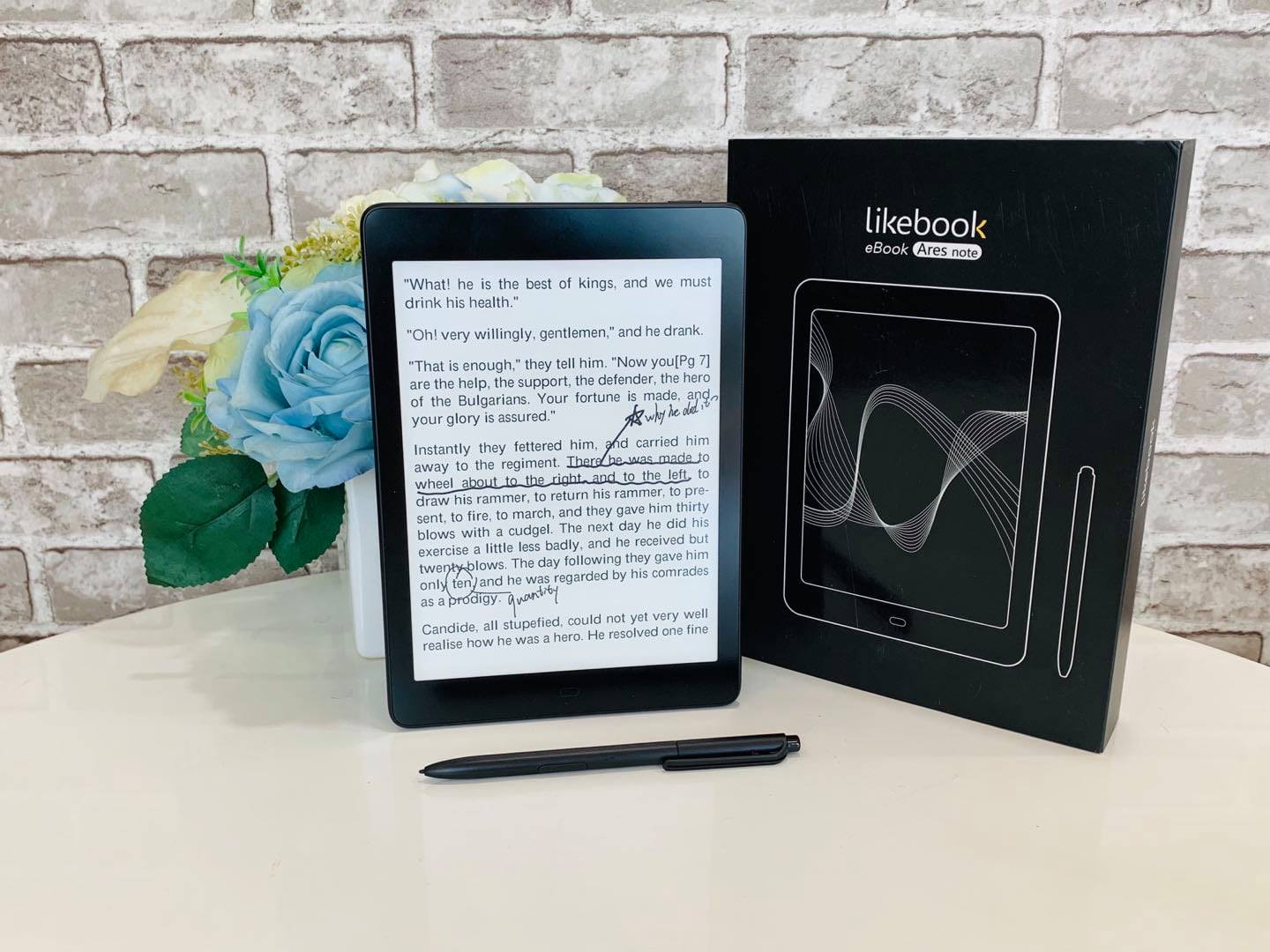 The Boyue Likebook Ares initially shipped with Android 6.0 and this lower version of Android hampered the ability to install modern apps. This is not going to be an issue anymore, Boyue has just released an Android 8.1 update for the Ares Note.

The new firmware update is not automatic, you can’t just fetch it from the settings menu. Instead, you need to download all of the files to your computer via Mega. There is a comprehensive tutorial with pictures, and also a step by step written user guide. It will walk you through the entire process.

The Likebook Ares is one of the most affordable digital note taking devices on the market. It features a respectable 7.8 inch E INk Carta HD screen with a capacitive touchscreen display with a resolution of 1872×1404 with 300 PPI. The screen is completely flush with the bezel and has a layer of glass. There is a front-lit display and color temperature system. Underneath the hood is a Octa Core 1.5 GHZ processor, 2GB of RAM, 32GB of internal storage and it has an SD card with a maximum of 128GB of additional storage. The SD card slot is in a little tray that can be pulled out, sort of like a SIM card tray. There is WIFi, Bluetooth 4.1 and a USB-C port with OTG support, so you can connect up a keyboard, mouse or any other USB accessory, with no drivers required. All of this is powered by a respectable 3,300 mAh battery. It also has speakers and a headphone jack. It retails for $269 from the Good e-Reader Store.

The Likebook Ares is now the second device to get the Android 8.1 update, the first was the Likebook Mars. The other devices such as the Alita, Muses, Mimas should be getting it within the next few months.