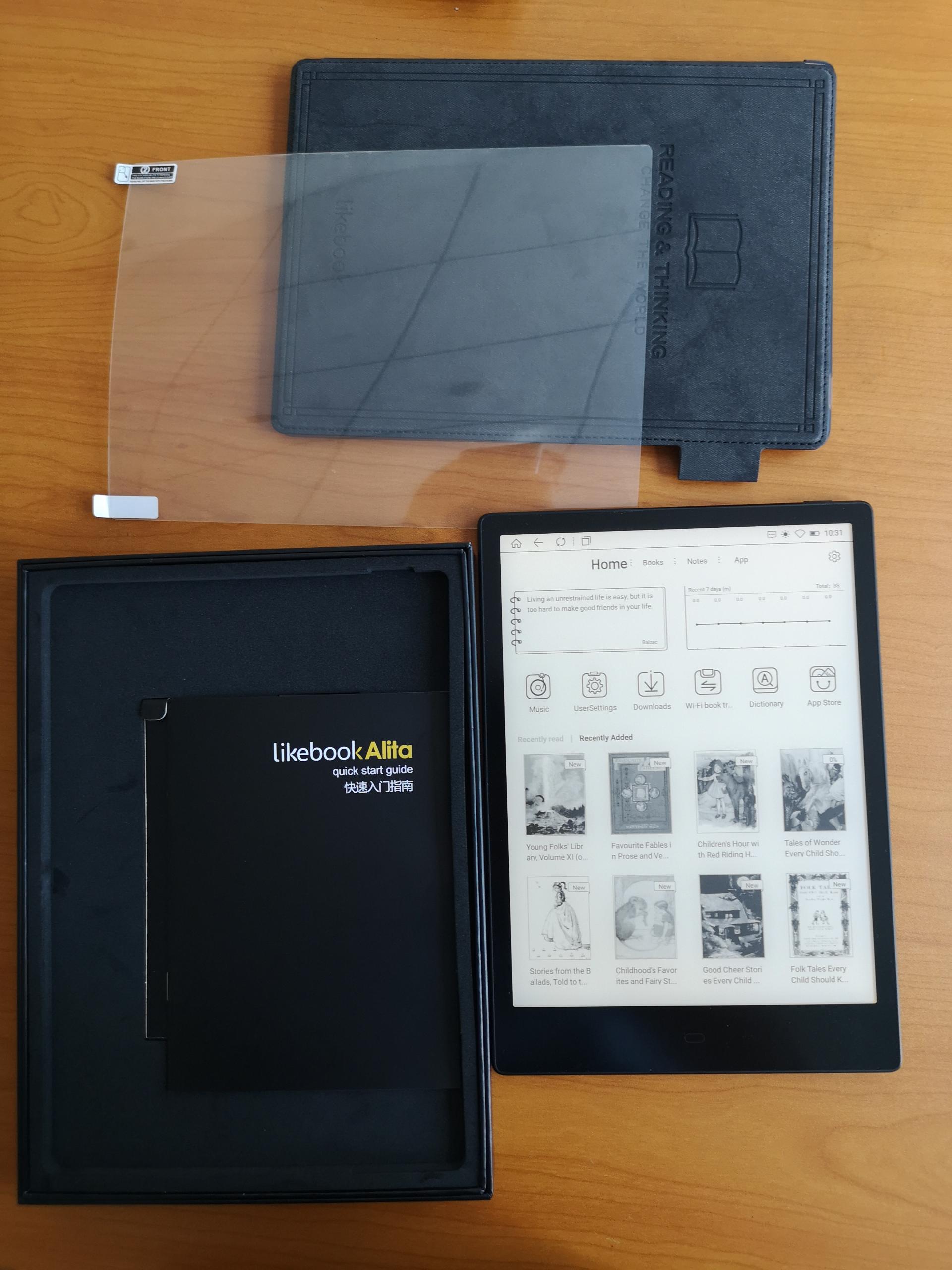 The Likebook Alita is the spiritual successor of the bestselling Likebook Mimas. This device has a flush screen and bezel design, which should make it easier to take notes and draw with the acomplied stylus. Compared to the Mimas this has more RAM, the front-light is refined and is 10% lighter.

The Likebook Alita features a 10.3 inch capacitive touchscreen display with a resolution of 1872×1404. Unlike the Likebook Mimas, the screen is completely flush with the bezel, which should make it easier to draw or make notes. You will be able to read in the dark at night via the front-lit display and it also has a color temperature system. The color of the e-reader is black, whereas the Mimas was white.

Underneath the hood is a octa-core 1.5ghz processor, 4GB of RAM and 32GB of internal storage. It will have an SD card capable of 128GB of expandable storage. It will be powered by a 4700 mAh battery and have USB-C for charging and transferring of data. This device also has a USB host controller, so you will be available to physically connect up keyboards or mice or other devices. The Alita also has audio functionality via the two speakers on the back, a 3.5mm headphone jack and Bluetooth support for wireless headphones. You will be able to use Skype or Whatsapp or other chat options that rely on a microphone, since this model has one.

Boyue and Onyx are the only two brands that have a proven track record for releasing solid digital note taking devices that run Android. The Alita will have Android 6.0 to start and this summer it will receive an Android 8.0 upgrade. This is a big deal because it will have better security features and will be able to run all of the modern apps.

Will you buy this device? The price is currently unknown, but it should retail for around $529.