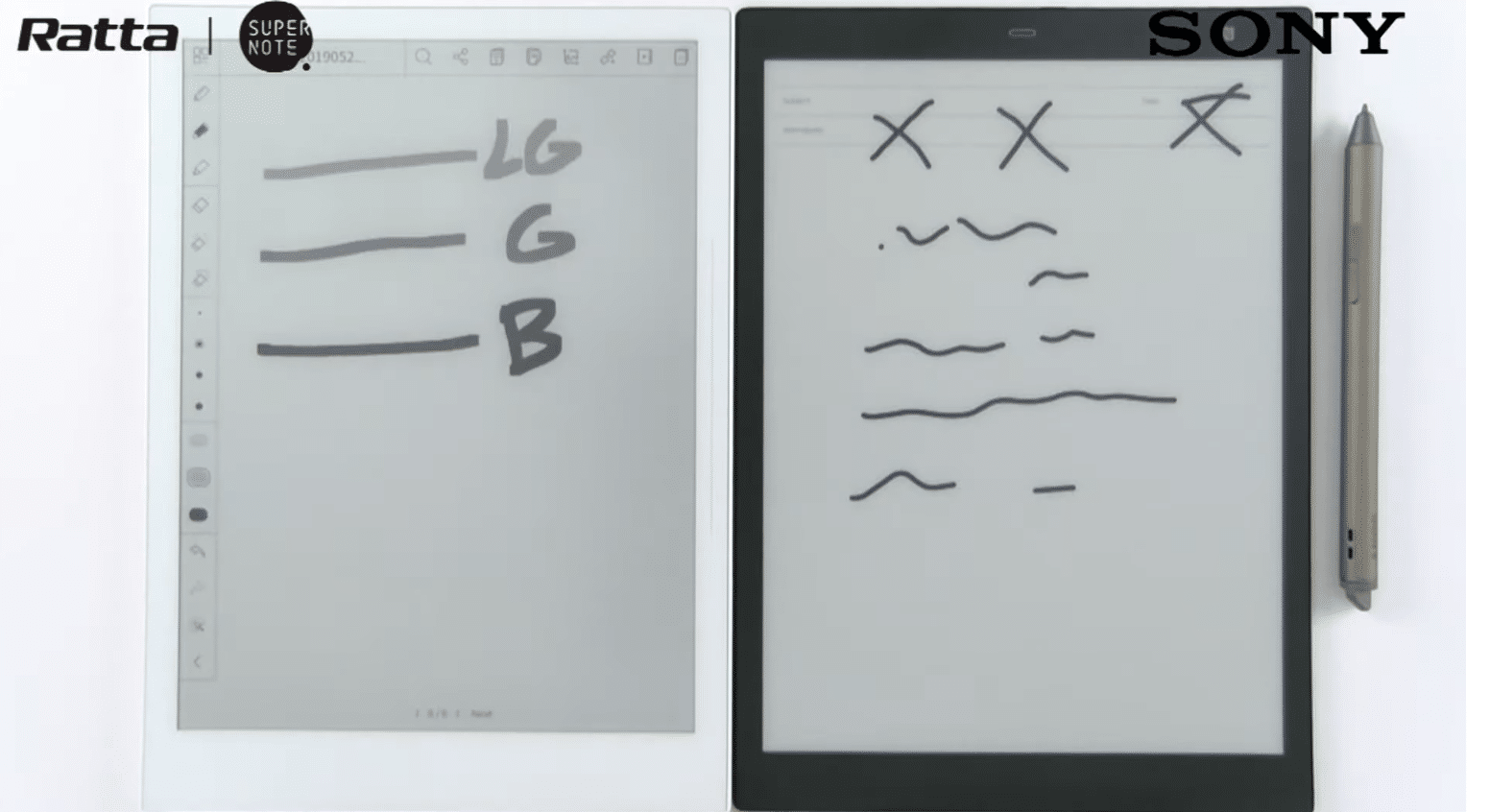 The Sony Digital Paper and SuperNote A5 are two of the best digital note taking devices on the market. They both are singular purpose devices that are designed to take freehand notes and edit PDF documents.  Sony is running Android, while SuperNote runs Linux and has the ability to read EPUB ebooks. What one is the better buy? This video comparison seeks to address this question!

The DPT-CP1 features a 10.3 inch E-Ink Carta screen with a resolution of 1404 x 1872.  The screen is completely flush with the bezel and not only does this make the device have a premium feel, it also provides a ton of benefits. You can easily employ the stylus to take notes from one edge of the screen to the other, whereas the original Digital Paper had a sunken screen and was more challenging to do this.

Underneath the hood is a Marvell IAP140 64-bit Quad-core IoT Applications Processor and ARM Cortex-A53 CPU, up to 1.2GHz, and has a separate power low-power Cortex M3. It has 1GB of RAM and 16GB of internal memory, but when you power it on the first time, there is 11 GB. The rest is reserved for the Google Android operating system and some of the stock PDF templates that are available.

In order to connect the Sony up to your computer to transfer documents, you need to download the Digital Paper app. You cannot just simply drag and drop files. You can do this however on the Supernote, as you do not need a dedicated app.

One of the things that make the A5 unique is a layer of plastic film that envelops it. This adds a degree of grip and torque when using the pen. You would never know the it has plastic on the screen, just by using it. The pens looks like a ballpoint pen, but they are really a byproduct of WACOM, which they are dubbing the Shinonome Pen.

You can buy the Sony Digital Paper and SuperNote A5 from the Good e-Reader Store.