You are here: Home / Business News / Amazon is starting to use Bookerly on their main website 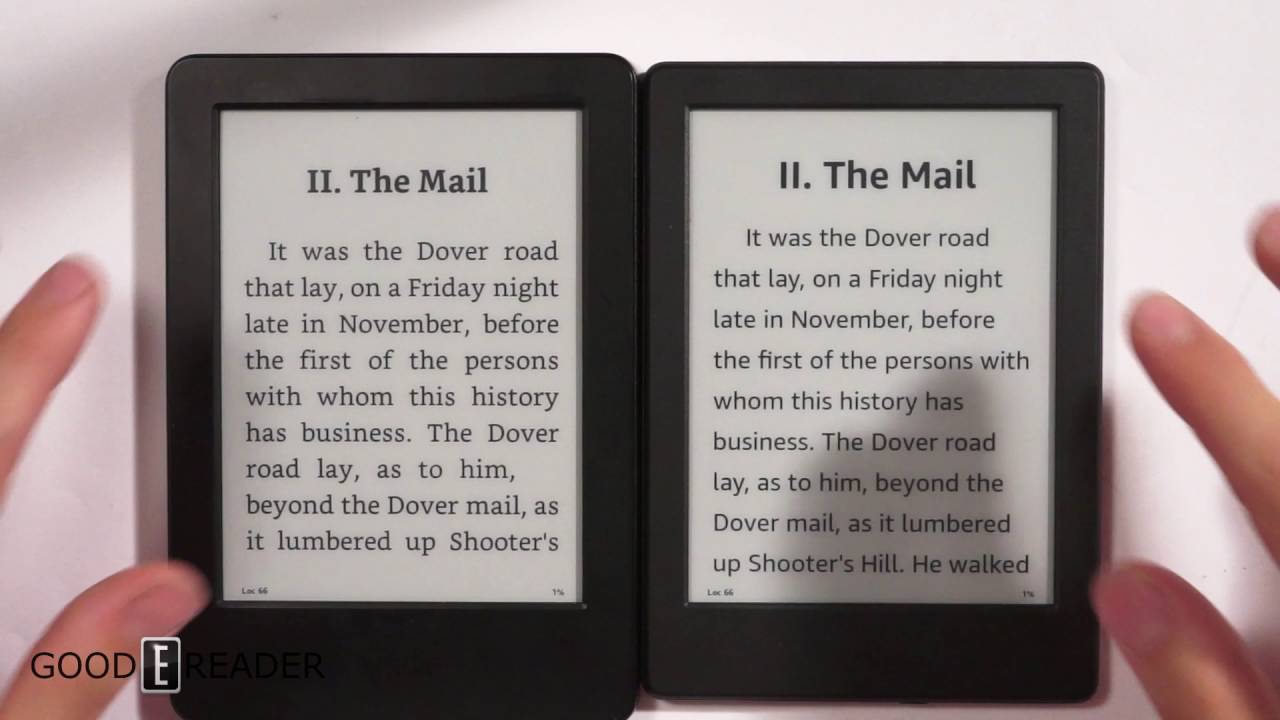 Amazon Bookerly was unveiled in 2015 and it was designed to replace Caecilia as the default font on the Kindle.  It was designed to solve the Kindle’s typesetting problems with an all-new layout engine that introduces better text justification, kerning, drop caps, image positioning, and more. According to Amazon’s internal tests, Bookerly is 2% easier on the eye. That may seem like a small improvement, but spread that 2% across millions of Kindle users and billions of pages of e-reading, and it all starts to add up. In the past few days Amazon has started to incorporate Bookerly on the main website that people see on the PC and MAC.

Bookerly is replacing Ember on the main Amazon.com website and it is rolling out in stages. The font change isn’t drastic, but the fonts do look markedly different. Ember is a straighter, Arial-derived font, whereas Bookerly notably has serifs, making it appear more ornate.

Switching fonts will always create a stir, as people are resistant to change. Bookerly was developed initially for the Kindle, but has gradually become the default font on Kindle for Android and iOS in addition to Kindle for PC.

I think that switching to Bookerly on computers might be the wrong call. Bookerly is best displayed on mobile phones and e-readers.  Having it displayed on huge monitors are leading many people to cry foul and say that the old Ember font is better. I have a 4K 27 inch monitor and think that Ember does look better. The biggest problem I see, other than the font looking out of place, is that there is little to no consistency anywhere on the site and with vendors adding their own descriptions and font styles (none of which will be serif or match Bookerly since that is Amazon’s own proprietary font) you now have an even more confusing visual cacophony than what is usually found on the site.