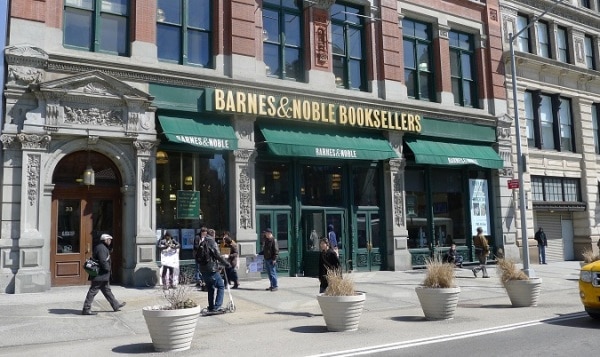 Barnes and Noble announced their latest financial results on Thursday and their stock rallied 7.85% due to smaller-than-expected quarterly loss. The bookseller reported that total sales were $821 million for the quarter and $3.9 billion for the full year, decreasing 6.3% and 6.5% over the prior year periods, respectively. Comparable store sales declined 6.3% for both the fourth quarter and full year. Online sales increased 2.9% for the quarter and 3.7% for the full year.

There are murmurings in the bookselling world that due to Amazon purchasing Whole Foods for a strong retail presence, Barnes and Noble might be a takeover target. B&N operates 640 retail locations and over 200 of them have their leases expiring this year. The company has stated they plan on remodeling a large number of them.